There’s something you probably missed in the latest profile on Lynn Bowden.

Sunday afternoon KyWildcatsTV published a seven-minute feature on UK’s next offensive superstar. The Big Blue Nation has always celebrated the playmaker for his abilities on the field, but his appearance has prevented some from completely embracing the kid from Youngstown, Ohio. Fair or not, it’s something Bowden understood. This offseason he set his mind to changing that misconception.

Bowden cut his hair, polished his media skills and attacked the classroom like he was preparing for a football game. This spring he recorded the highest GPA he’s ever had in his life. “A New Beginning” highlighted Bowden’s efforts to become an exceptional representative for the University of Kentucky.

It was easy to see the message on the surface value. The thing is, Bowden isn’t so different than you and I, aside from the fact that he’s 100,000 times more athletic. Remember when you used to shoot baskets in your driveway? You probably pretended you were Kenny Walker, Tayshaun Prince or John Wall, counting down the final seconds before sinking the buzzer-beater. It was followed by some type of Cawood Ledford or Tom Leach imitation. “Kentucky wins! The crowd goes wild!” Bowden is doing just that, except it actually happened.

At the end of the feature, you’ll see Bowden break free in practice and cross the goal line for a touchdown. As Bowden trots through the end zone, he said, “Touchdown Kentucky! New Life for the Wildcats!” It’s the same line Tom Leach used when Bowden’s punt return score sparked an improbably comeback victory in Columbia.

Lynn Bowden is living his dream in the present and we’ve only seen the beginning.

No Surprises in First Scrimmage

Kentucky’s first preseason scrimmage sounded like most of the scrimmages that have started Mark Stoops’ seven seasons as Kentucky’s head football coach. Players made mistakes that annoyed Stoops, but are understandable in the first live setting of the year. UK’s head coach described it as “just okay,” whereas an offensive player might have described it as “good.” That’s just kind of how Stoops rolls.

For this team to be successful, the offense needs to be manhandling the defense, especially in the run game. While we lump plenty of pressure onto Terry Wilson’s shoulders, a consistent, balanced running attack will quickly alleviate that pressure. With a monstrous offensive line returning, A.J. Rose should be making the defense pay for every single scrimmage mistake if the Cats are going to have a 1,000-yard rusher for the fourth straight season.

There was one pleasant surprise in the first scrimmage: no turnovers by the first team. Kentucky’s offense has cleaned up its act ahead of what needs to be an explosive 2019 season. We’ll hear from Eddie Gran and his players tomorrow afternoon.

There weren’t too many alarming takeaways from Kentucky’s first preseason scrimmage, except for one persistent absence. After arriving on campus in January, Echols was penciled in as the one sure thing Kentucky had at cornerback. The JUCO product was prepared to parlay a successful spring into a starting spot, but a lingering hamstring issue has made him a no-show thus far.

Coaches really tighten up when asked about Echols’ status. It reminds me of something Dorian Baker went through in 2016. His nagging hamstring injury took away almost half of a season. Moving forward, I will simply treat the addition of Echols into the lineup as gravy. It’s time for Jamari Brown to grow up…fast.

Go Inside the Running Backs’ Room

The tour through UK’s training camp in the ‘Behind the Grind’ video series is visiting Eddie Gran’s running back room. Kentucky’s offensive coordinator talks about the new names entering the fold and you’ll hear from the Cats’ next star, A.J. Rose.

The fourth episode of “Behind the Grind” features the running backs and assistant head coach, @CoachGran.#BringIt pic.twitter.com/gQXwDbHCZy

We could know if the Florida State transfer is eligible to play in 2019 by the end of the week. At the earliest, the NCAA will inform UK of its decision on Thursday. If you were worried that proximity played a factor, today former Louisville quarterback Jordan Travis was granted a transfer waiver to play at Florida State, a school that’s a six-hour drive from his hometown. The more waiver decisions the NCAA makes, the better I feel about Peters’ prospects to play in 2019.

The UK Athletics department has created something new for this upcoming Kentucky football season. Saturday September 7 will be Scout Day at Kroger Field. Tickets are only $20 for scouts to watch the Cats take on Eastern Michigan. Kickoff is set for 7:30. Click here or call (800) 928-2287 to make sure your troop has a chance to be one of the 500 who will receive this custom Scout Day patch. 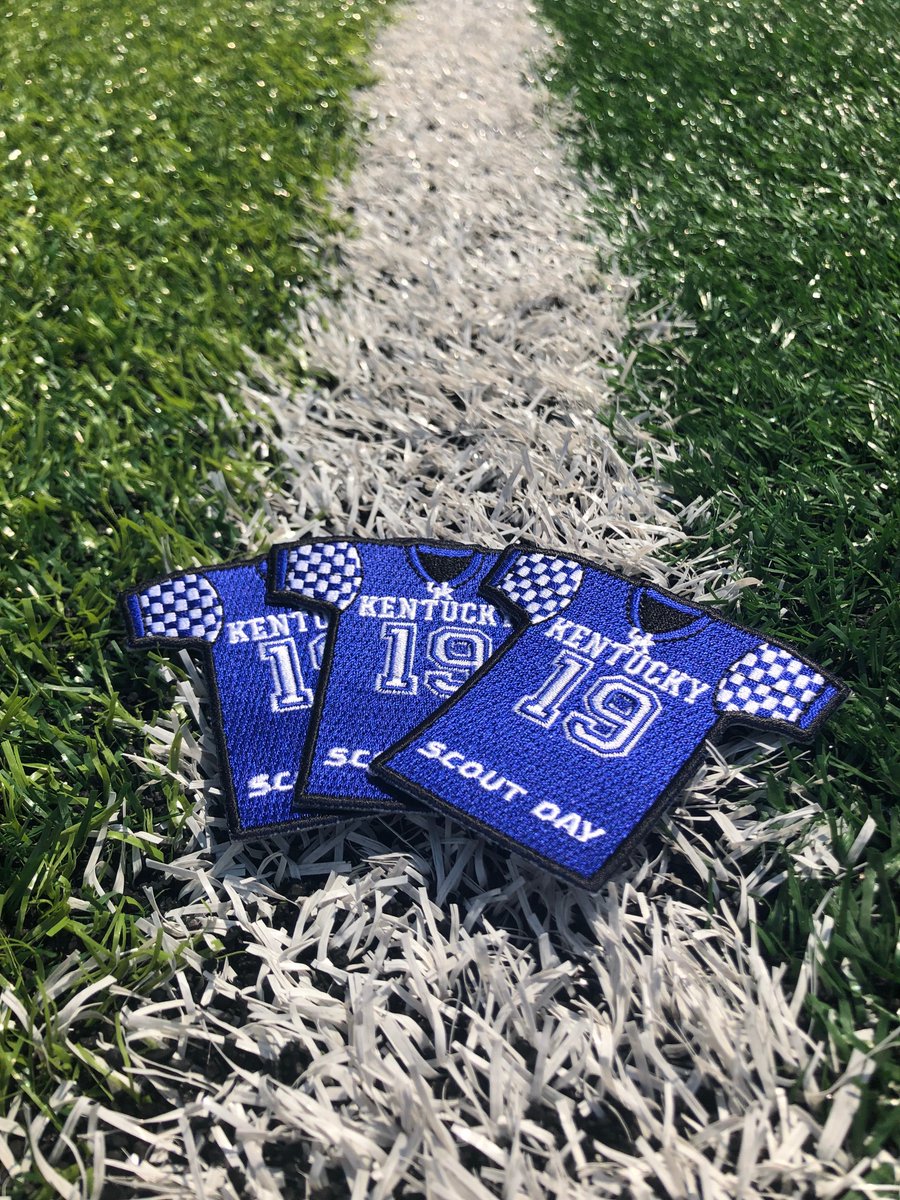