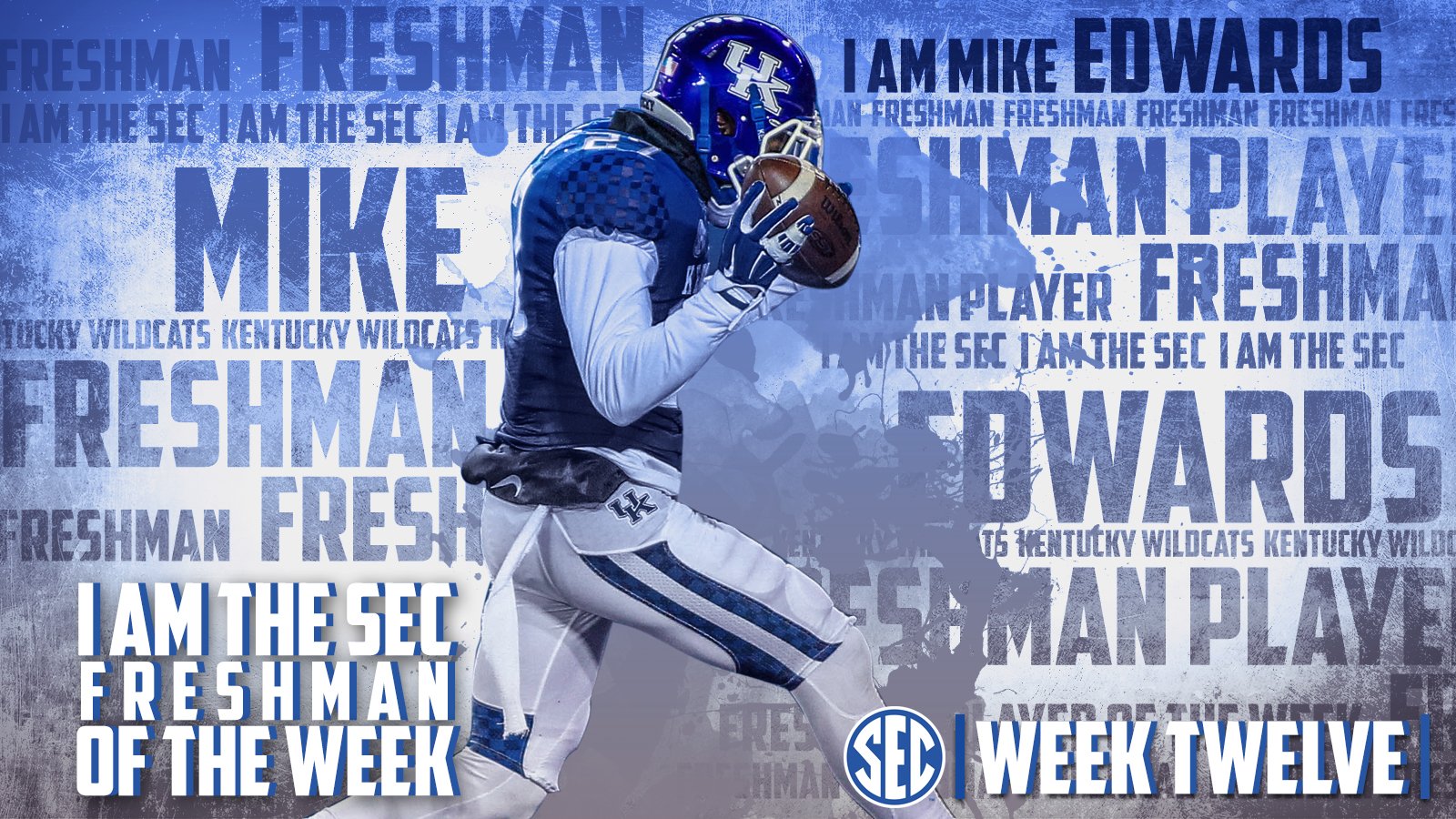 It’s been a while, but a Kentucky Wildcat earned SEC Player of the Week honors today. Safety Mike Edwards was named SEC Freshman of the Week for his performance against Charlotte.

Edwards intercepted a pass and returned it 20 yards for a touchdown and had three tackles, including one for loss that came on Charlotte’s first offensive play of the game, helping force a punt that set up Kentucky’s first scoring drive.