Mel Kiper Jr. and his hair updated the top five underclassmen quarterbacks in college football yesterday and Kentucky’s own Patrick Towles made the list. 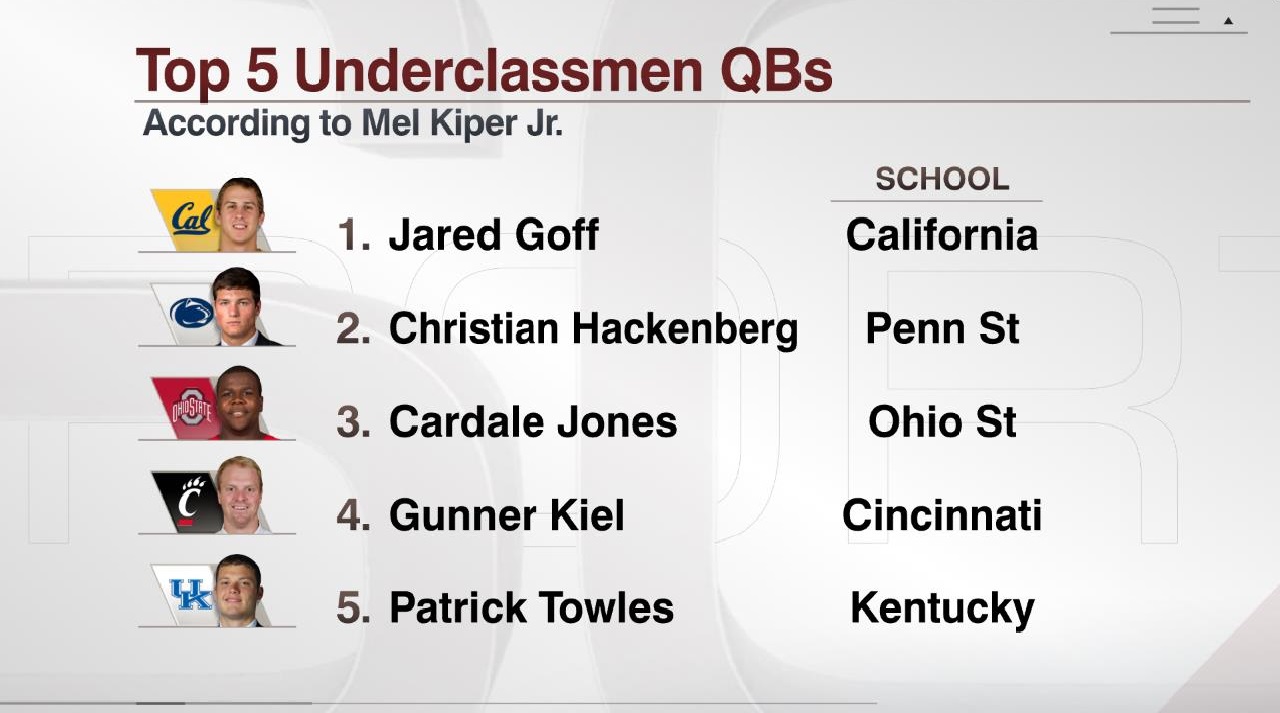 Yet some of you still want him benched.