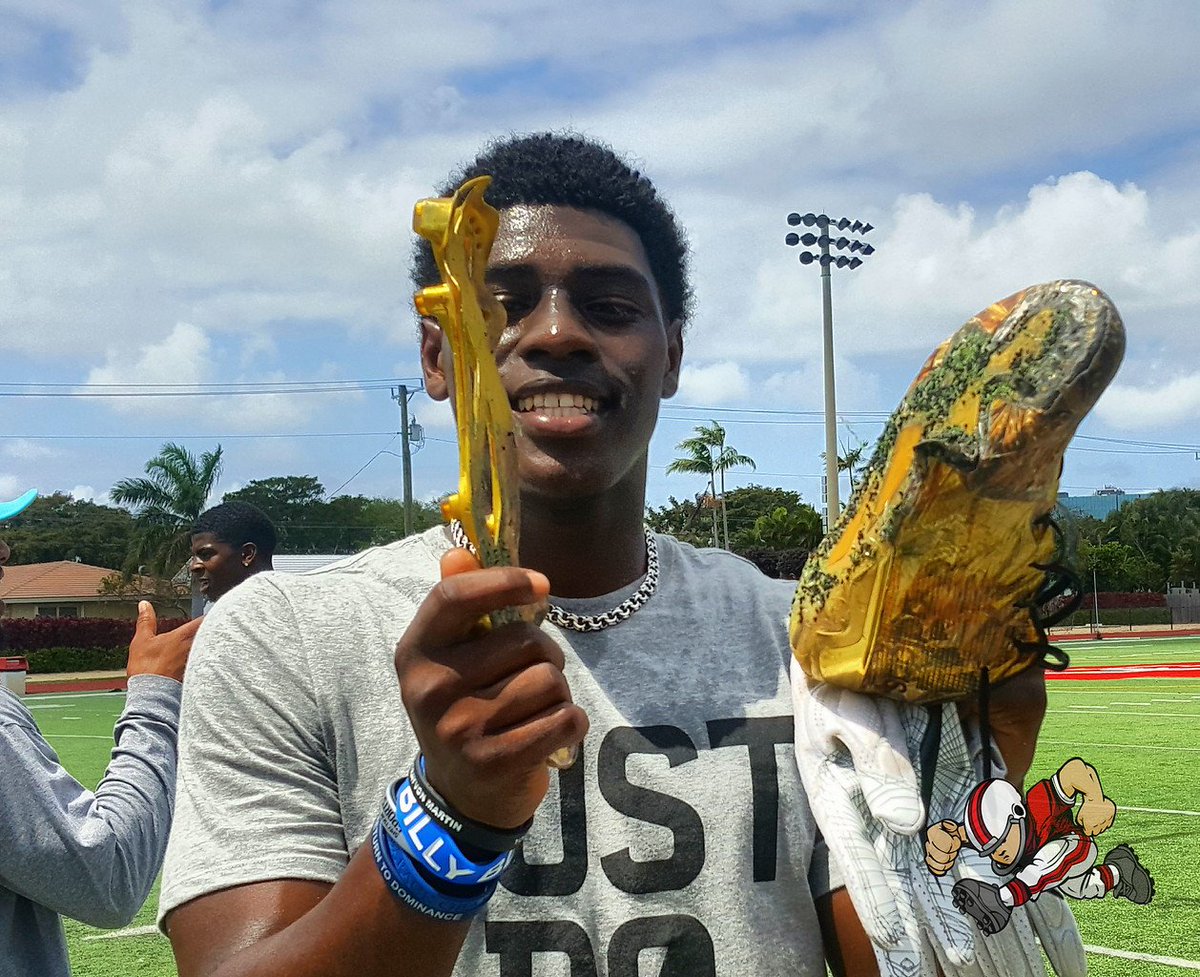 We now interrupt your misery to bring you a bit of a distraction. You’re looking at Josh Ali, a three-star wide receiver/athlete that is signed on to play football at Kentucky next season. Ali is so fast — “HOW FAST IS HE” — that his cleats broke apart while he was running at a camp down in Florida yesterday. Unfortunately, video of said run doesn’t appear to exist, but Ali did pose with the torn up cleats afterwards:

Good news: Adidas is sending him a new pair. Also, Kentucky is a Nike school, so he won’t have to worry about crappy shoes for much longer. Check out Ali’s speed for yourself in his senior highlight film: