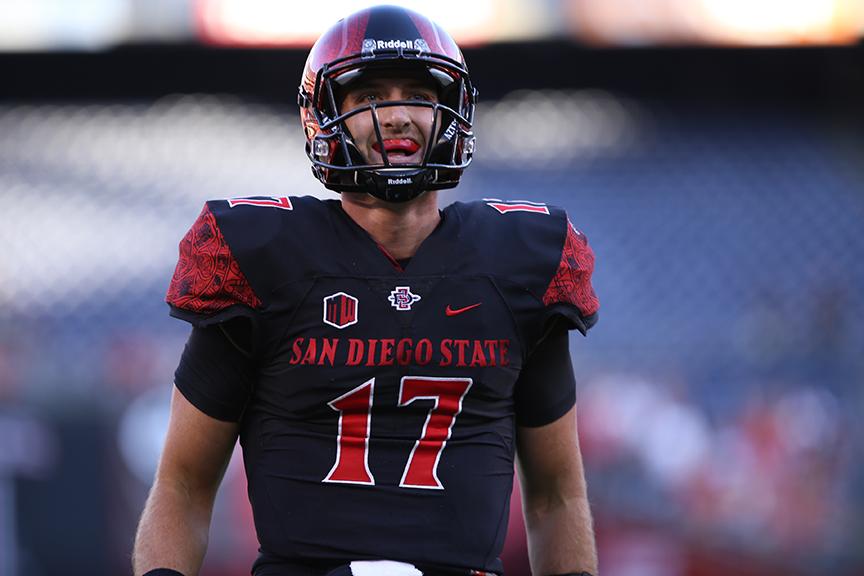 Maxwell Smith is still planning to take the snaps for San Diego State in Thursday’s Hawaii Bowl… with a torn ACL.

Smith, who threw for over 1,500 yards and 13 touchdowns as a graduate transfer this year, suffered the injury in the regular season finale and has been getting physical therapy to get ready for the bowl, putting off surgery until after the final game of his college career.

He expects to play against Cincinnati in the Christmas Eve game, which is must-see TV for Big Blue Nation, considering one offense will feature a former UK starting quarterback, while the other will be led by Mark Stoops’ top target for his next offensive coordinator.

It will be televised at 7 pm on ESPN and you should do everything you can to escape the in-laws and see it.

The fact he is going to try and play with that injury is truly remarkable.