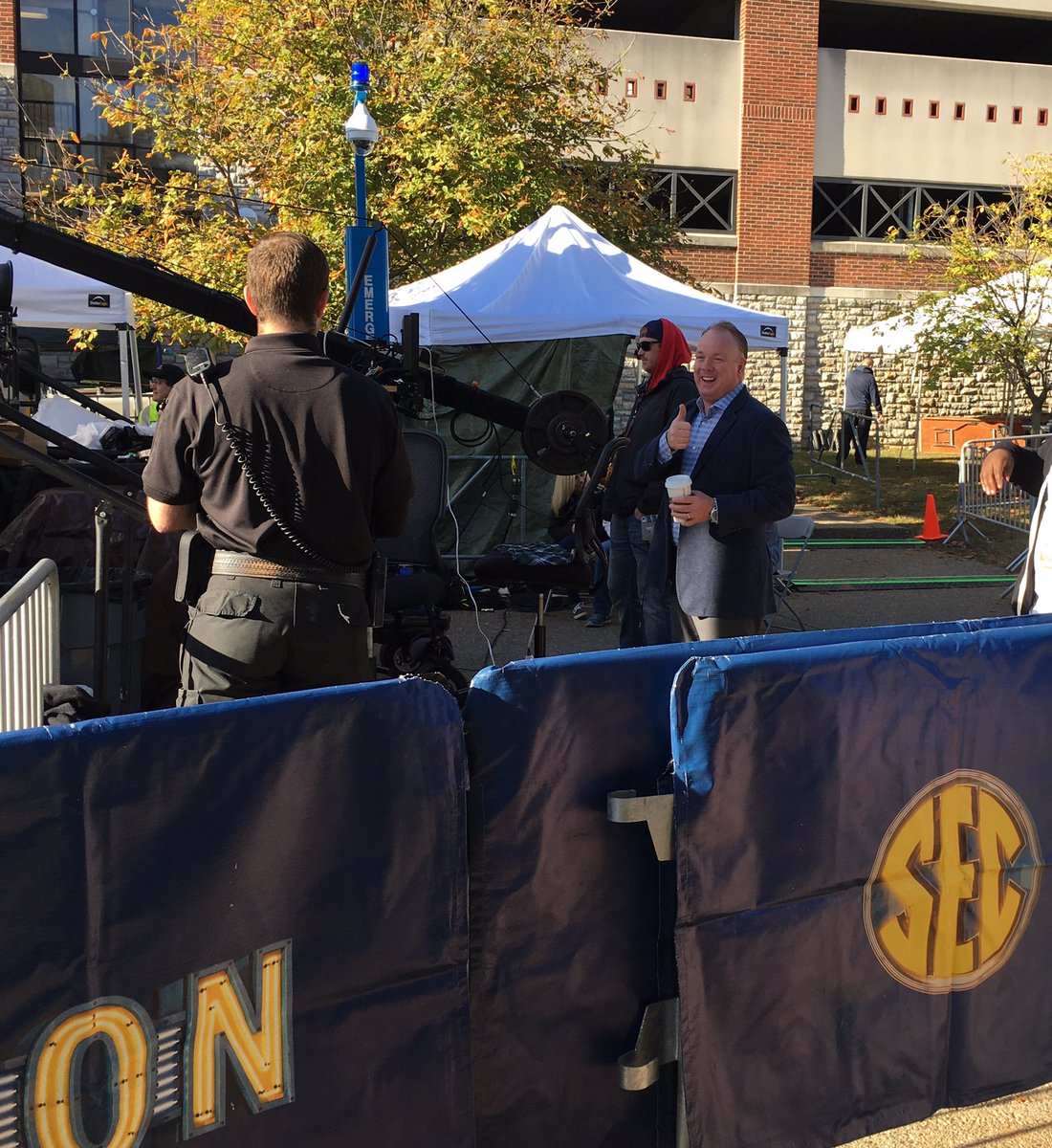 “Make me a meme!” – Stoops to @KYWildcatsTV.

Before starting his gameday ritual, Mark Stoops stopped by the SEC Nation set near the William T. Young library to talk about his Cats for a segment.

The SEC Network analysts asked the same question that we’ve been asking over the last month: how has Stoops turned things around after a tough less to start the season?

“The players didn’t flinch.  They put their head down and went to work,” Stoops said.

“I knew very quickly that some things were easy fixes,” but Stoops wanted to see how his team responded to adversity.  He asked his players: “Are you gonna cave or are you gonna go back to work?”

So far, it’s worked.  Tonight will tell how well it’s worked when the Cats take on the Dogs under the lights.