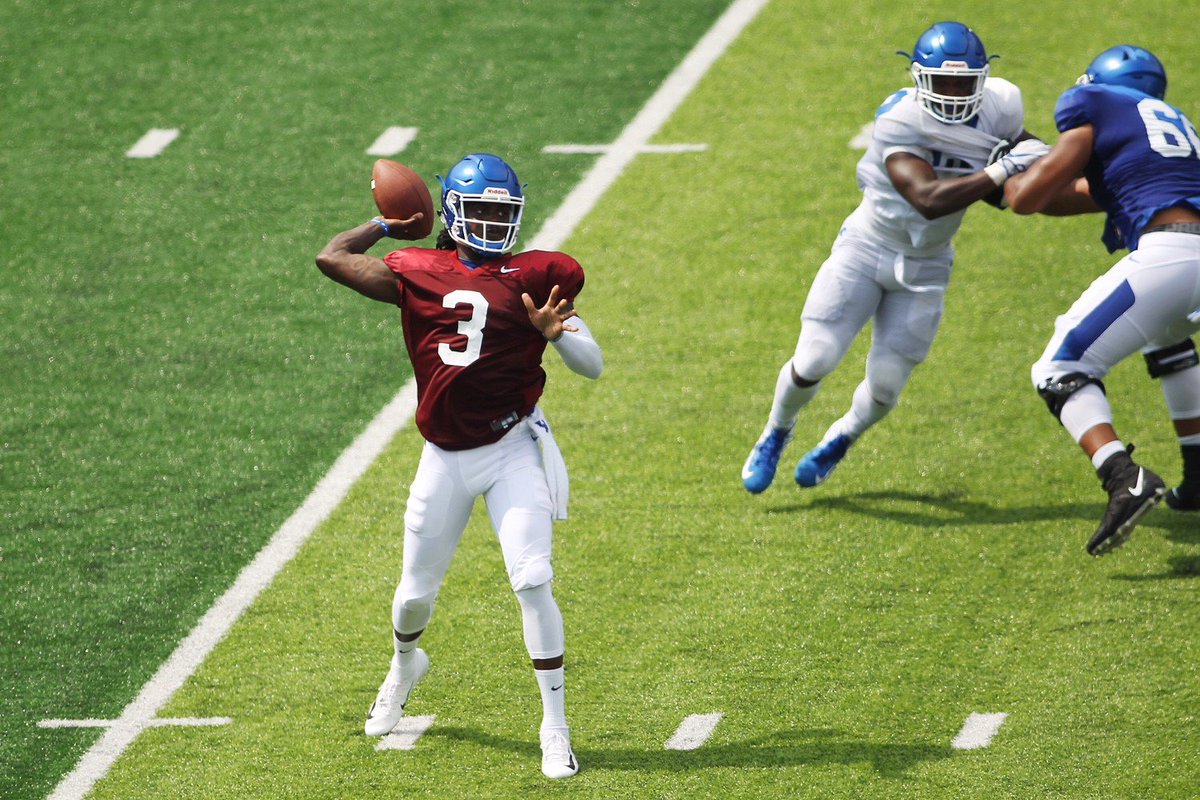 Kentucky’s quarterback competition could soon come to a close.  The battle between Terry Wilson and Gunnar Hoak has produced few headlines around the Commonwealth, but Mark Stoops is almost ready to select a starter.

“I think we have to settle in and see where we’re going to go,” Stoops told the media after today’s scrimmage.  “We’ll zero in on that probably when we get closer to the Monday of game week.”

Stoops indicated after the spring game that both Hoak and Wilson could play in the season-opener against Central Michigan.  Neither quarterback has game experience and the head coach wants to see how they react under the bright lights.

“Until those guys get under center and get playing and get those game reps, you’re a bit unsure,” he said before training camp. “I think it’s fair to both of those guys to give them an opportunity because it’s very close at this time.”

Since the start of training camp, the quarterbacks have had plenty of chances to prove themselves.  They received even reps during today’s scrimmage.  The film from today will dictate how they are split in the future.

“We wanted to wait with totally open minds through this scrimmage and give them all an equal opportunity.  We were very close on the snaps; I think we were about dead even with Terry and Gunnar.  We have to look at this film.  They both did some good things today.  I think the offense in general moved the ball pretty good.”

Sources tell KSR the coaches are going to love what they saw on film from Terry Wilson, who had his best performance to date.  It could be what puts Wilson under center first on September 1.

Regardless of what was said or done today, I still expect both QBs to receive reps vs. Central Michigan.