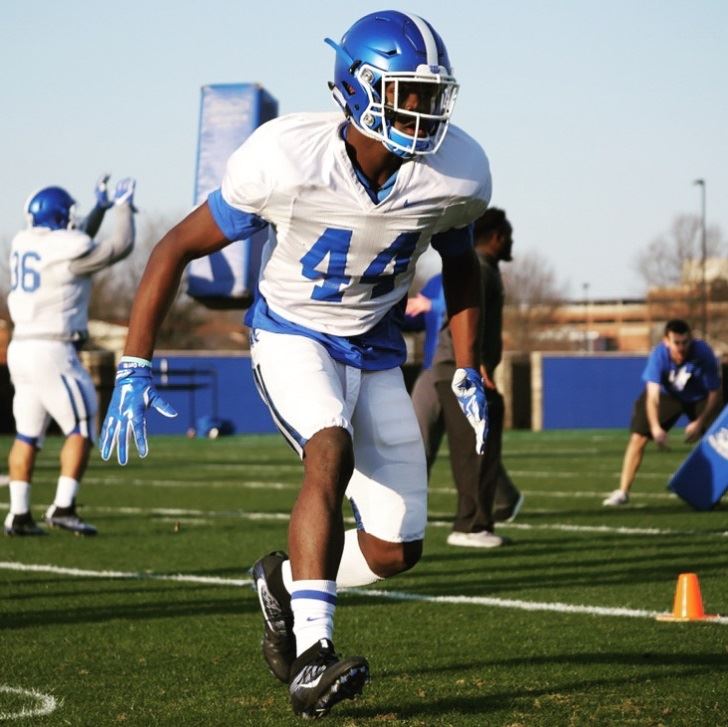 Redshirt freshman linebacker Jamin Davis left Kentucky spring practice on crutches.  Mark Stoops did not have an immediate prognosis to share.  “We’re going to find out more on Monday,” he said.  “Hopefully it is not serious.”

The leg injury actually happened Thursday during a walk-through period in warm-ups.  “It got caught up.  That’s the bad thing about going inside sometimes.  The turf, it grabbed him.  We got old turf, it’s tight in there. I wish we could get outside, but that’s not always the case.”

Stoops added, “We were worried.”

Davis is poised to play an important role for Kentucky this fall.  The inside linebacker is using the spring to learn both inside linebacker positions, a difficult task, to become UK’s primary reserve.  He proved he could make plays in last year’s Blue/White Game; the freshman led all defenders with eight tackles.

Davis’ versatility and UK’s lack of linebacker depth inside makes him an extremely important piece to UK’s 2018 defense.  Hopefully this spring setback is not significant.