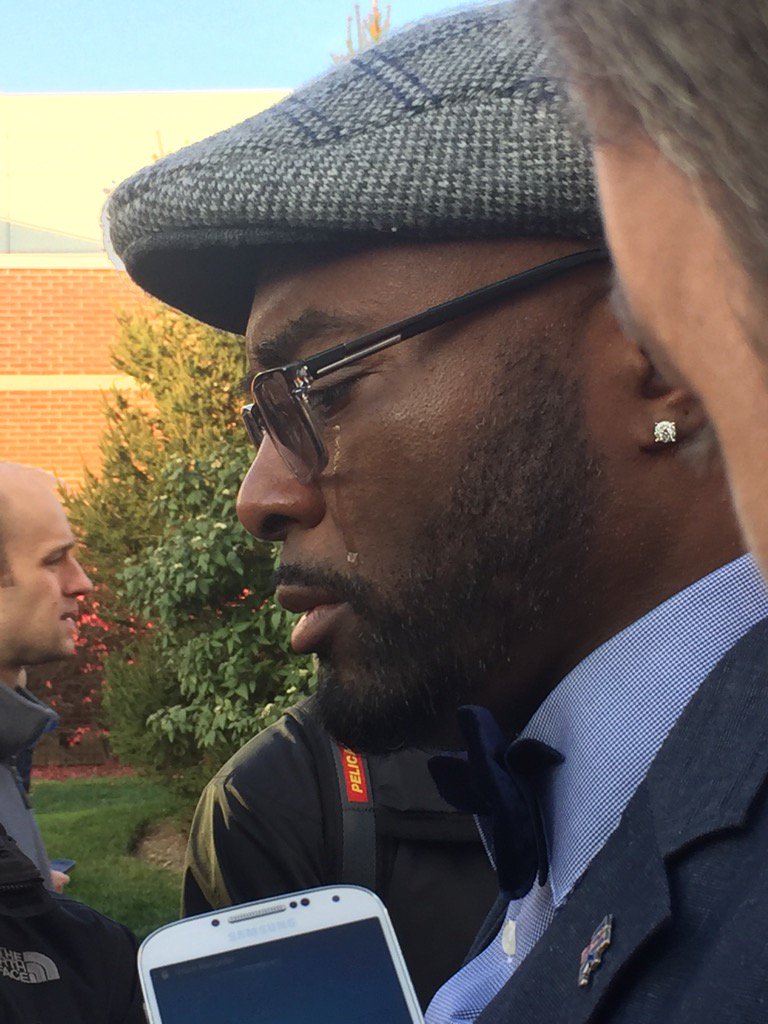 Lamar Thomas was overwhelmed with emotion following Kentucky’s win over Louisville, the program that employed him just a year ago.

“It was an emotional win for me. I’ve got a lot of great memories here,” Thomas said.  “I love those kids.  They played their hearts out on both sides.  I’m just excited to be on the winning side again.”

Thomas didn’t leave Louisville on the best of terms.  The fans who praised him for bringing Lamar Jackson to Louisville chastised him, then condemned his contributions to the program as meaningless.  Those criticisms did not fall on deaf ears.

“When I made that decision, there was so much hatred spewed,” Thomas said.  “I felt like it was the right decision.  I love this place.  It’s been good to me.  Tom Jurich is a great AD.  I have a lot of good friends on the staff, a lot of great kids, but it was time for me to move on.”

Getting the win was important for Thomas, but the way they did it made it even better.  Thomas’ wide receivers heard a similar amount of criticism over the last few weeks.

Juice Johnson had 5 catches for 164 yards and 2 touchdowns, Ryan Timmons and Jeff Badet each had more than 50 yards receiving, but nobody came up bigger than Dorian Baker.  This impressive 35-yard touchdown tied the game and silenced the haters.

“It was special.  It was special for those guys.  They played their hearts out.  They all thanked me.   I was happy to see them do well.  They’ve been through so much,” Thomas struggled to speak through tears. “They knew how much this game meant to me.  I’m just excited for them.”

2 Comments for Lamar Thomas: “It was Special”