Speaking on behalf of his teammates, Kentucky nose guard Quinton Bohanna says UK is willing to do whatever it takes to play college football in 2020.

“All of us want to play, no matter what,” Bohanna said on the Behind Kentucky Football podcast. “Whatever we got to do to put everything in the right direction or take stuff towards getting back on the field September 3 — or whenever it is — we’re going to do it. Whatever Coach Stoops, Gabe (Amponsah, the head trainer) or athletic trainers have us do, everybody going to take it. We’re going to keep masks on, social distance. The steps we gotta take to get to playing, we’re doing that. We want to play,” he continued.

“The thought of not having it is driving us to do the right things to get back on the field.”

The team did in fact return to the field last week. Over a 14-day period players and coaches will be able to work together on the field in a walk-through setting. Preseason practices are scheduled to start Aug. 3.

“It feels good. It gives us a sense of — it’s like a small, little thing that’s closer to getting back to normal. We’re hoping we get everything back right,” Bohanna said. “It’s fun to be back around just to get that feel on the grass, it’s fun.”

A redshirt senior from just outside of Memphis, TN, there are high expectations for Bohanna ahead of his final campaign. Picked as a second-team All-SEC selection by Phil Steele, Bohanna believes he isn’t the only elite player on Kentucky’s defensive line.

“We’re very confident. We feel like we have one of the best D-line groups in the conference and we know that we gotta go out and prove it instead of just saying it. We’ve got older guys with a mix of young guys. All our freshman came in and they’re very capable of coming in and contributing. We’re excited. We look good. When you look at us you’d be like ‘that’s a SEC defensive line.’ We got Coach Stew (Anwar Stewart) bringing the energy and so we’re excited to get on the field.”

The confidence stems from what the defensive line sees in practice everyday against one of the nation’s best offensive lines, the Big Blue Wall. 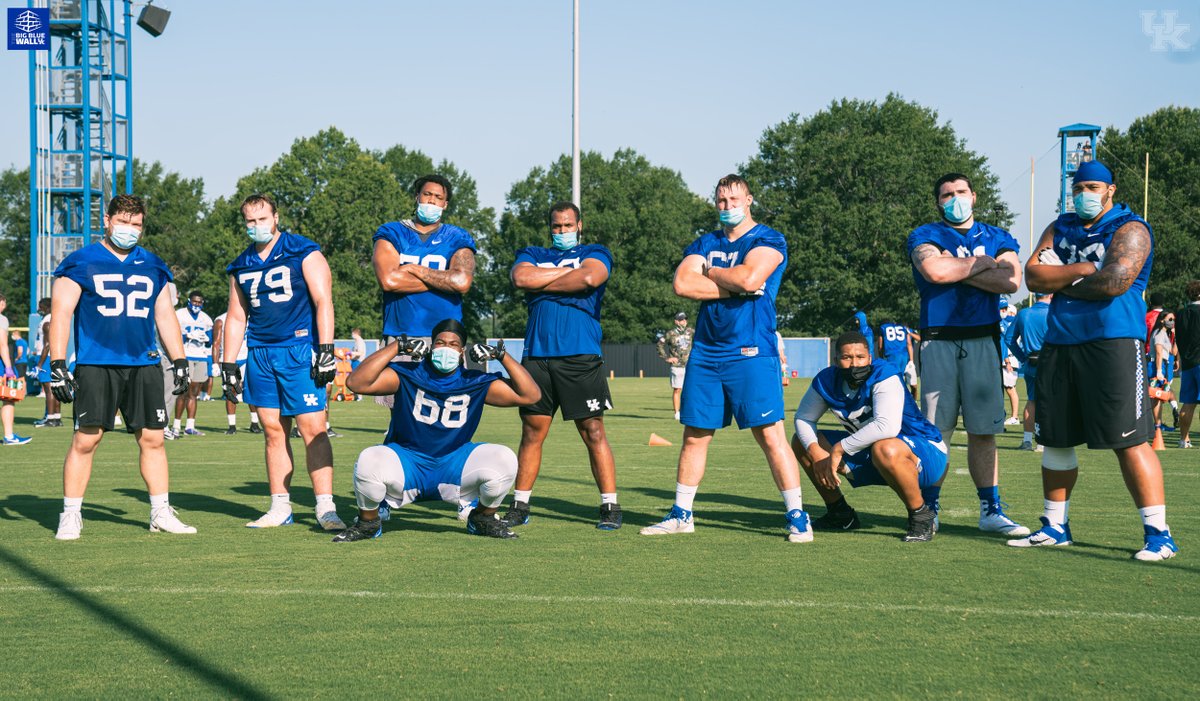 In the 15-minute conversation Bohanna shed a little more light on the team as a whole and described how Josh Paschal has improved since returning from his fight with cancer. “If he’s not 100%, he’s better than a lot of people at 100%.”

8 Comments for Kentucky’s Quinton Bohanna: “All of us want to play, no matter what”