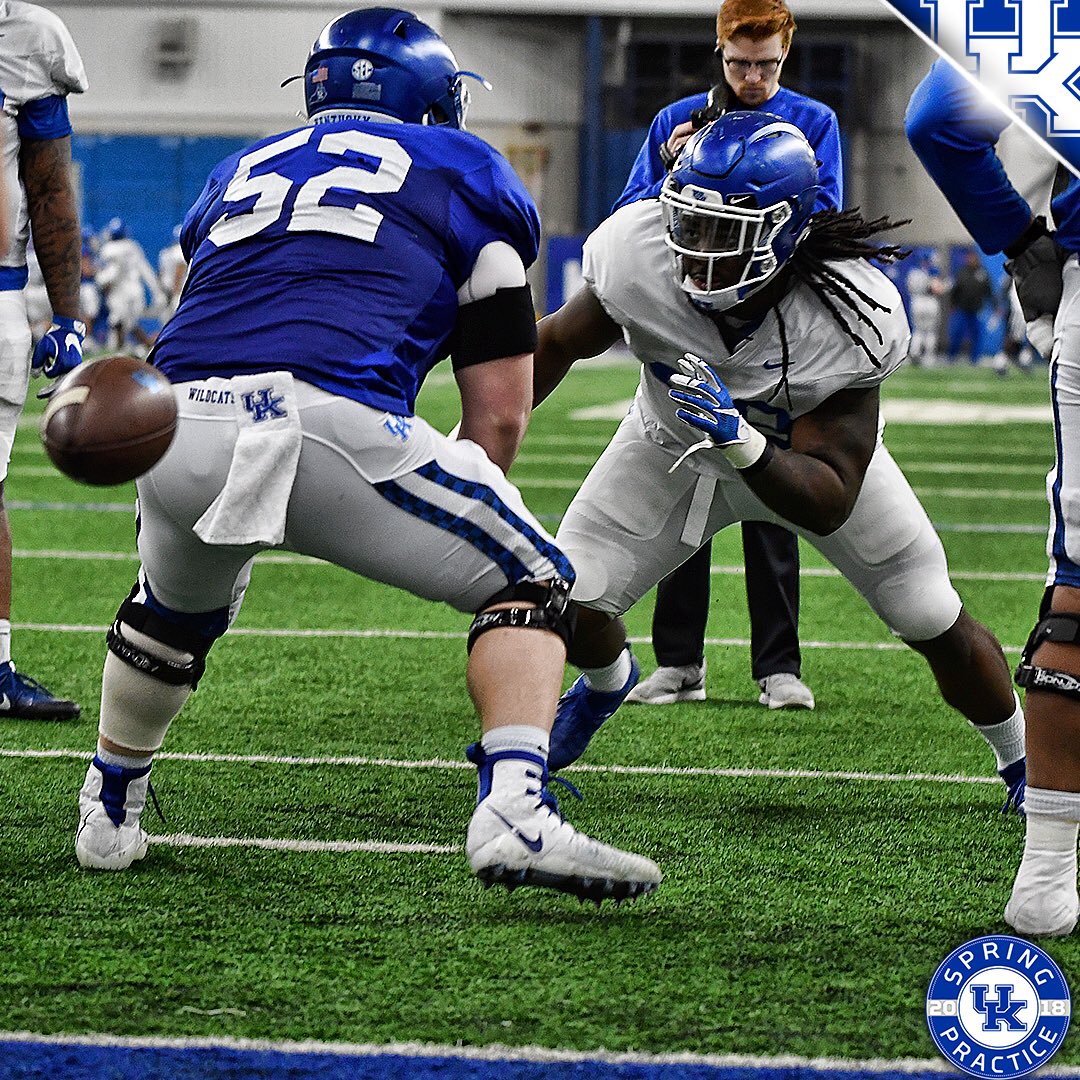 1. The Team was a Little Rusty

Eddie Gran knew the ten-day lay-off would make for a slow start, “but I thought they got the dust off pretty quick.  Great enthusiasm.  There’s some really good energy out there.  I really like the group and how they’ve come together.  A couple of them got after it when we hit a little lull in practice, so it was good.  It’s nice to get back.”

Thursday will be used to fine tune before the Cats take the field in their first spring scrimmage Saturday morning.

One true freshman from Our Lady of Good Counsel in Maryland, Josh Paschal, made a ton of plays as a true freshman.  Gran said today the other true freshman, left tackle Naasir Watkins, was dangerously close to burning a redshirt last fall.  UK’s offensive coordinator is glad they did not because, “You can see the difference right now.”

He added, “He’s gonna be really good.  I’m really excited about his progression.  It matters to him.  That kid, everyday he straps that helmet on and it matters.  You can already see his progress.  He’s getting better.”

4. Danny Clark Talks with his Hands

He’s also quite the charismatic character.  The left-handed quarterback could not be more excited to be off the scout team and completely integrated into the offense.

Clark’s No. 1 goal this Spring: improve his decision-making.  “Once you have your read in the back of your head, there’s a difference between knowing your read, executing and delivering the ball.”

Today I discovered the sophomore-to-be dabbles in golf, disc golf that is.  While most of his teammates hit the links with irons, he grew up throwing around a disc in Oklahoma.  Epps might be my favorite player because nothing makes me happier than an afternoon of banging chains.

He could also become one of the best playmakers on the field this fall.  Darin Hinshaw said Epps made three big catches during today’s practice.  The modest wide receiver did not say who he Mossed on, but he’s much more confident on the field running deep routes.

“I’m feeling a little more comfortable having that year under my belt.  Already knowing the playbook, I can just work on the little things that will help me progress.”