Raise your hand if you thought when EKU went up by two touchdowns with seven minutes to go Kentucky was going to lose the game. (Not me, I never doubted for a second….) Well if you were one of those who saw the future of UK football flashing before your very eyes then don’t feel too bad because according to ESPN Kentucky led one of the most unlikely comebacks in college football on Saturday. 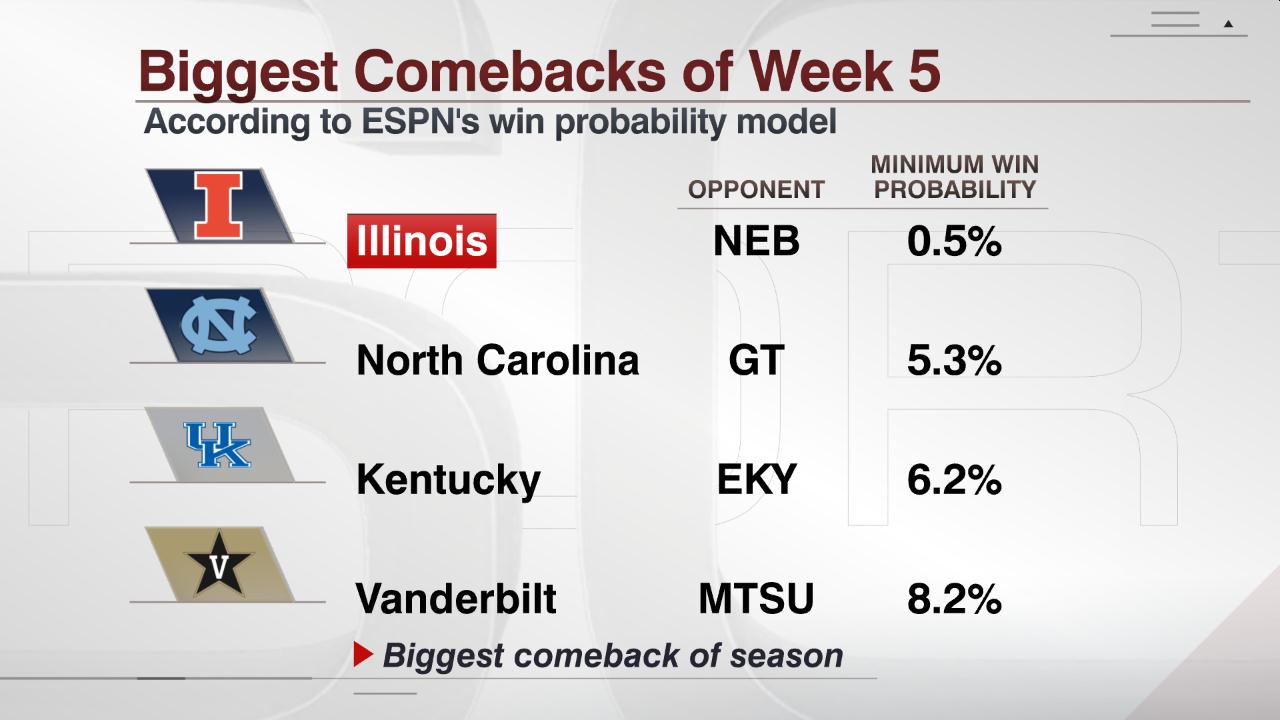 According to the worldwide leader, Kentucky had just a 6.2% chance of pulling off the comeback against Eastern. Yet against the odds they flipped the switch and dominated the remainder of play to win the game. They should have never been down two touchdowns in the fourth quarter against an FCS foe but the grit they showed to comeback and win the game was the game’s silver lining. Like Freddie said last night, it could’ve always been worse.