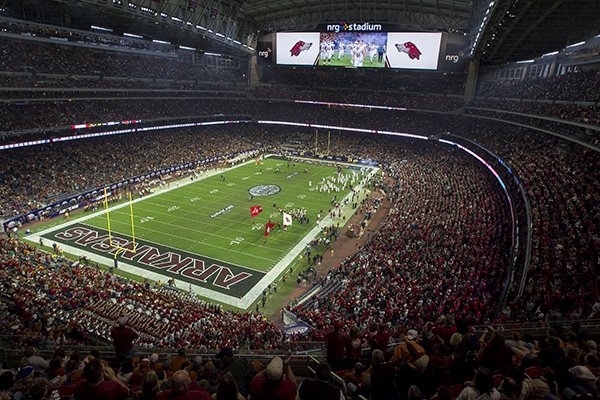 Should you be planning for two trips to Houston, Texas this year? The basketball Cats are a favorite to make the trip for the Final Four but the Football Cats could be making a trip to the Lone Star state as well in this week’s latest bowl projections:

CBS Sports has Kentucky playing against West Virginia in the Texas Bowl. It’s a rematch from the Sweet 16 of the 2015 NCAA Tournament and a game the people of Eastern KY have wanted to see for years. If this game were to happen though can we move the location from Houston to Huntington, WV? Sure, NRG Stadium holds nearly double what Marshall’s field can but there’s no need to drive across the country to settle this score. Plus, you have Shannon Dawson taking on his former team. Kentucky last played the Mountaineers in 1983.

ESPN has Kentucky still penciled in for the Music City Bowl. I can dig it.

Jason Kirk of SBNation has the Cats taking on Penn State in the TaxSlayer Bowl. Florida in early January seems a whole lot more appealing than staying home in KY so this is another bowl game I am all for.

All three games have their strengths and I’ll be happy no matter where the Cats end up going. So while last night was undoubtedly disappointing it’s still important to keep in mind that they are still on track to go bowling for the first time since 2010.  Stoops has the rebuilding process right on schedule and a bowl game will be a major leap forward from previous years. So, which of these games would you prefer?