The early metrics like the Kentucky Wildcats ahead of the 2020 college football season.

Just a few days after SP+ ranked Kentucky 28th, ESPN released rankings for all 130 teams in its Football Power Index (FPI). The Wildcats enter the 2020 season at No. 33 in the FPI, good enough for eighth in the SEC. Kentucky is immediately followed in the rankings by South Carolina, Louisville and Purdue. Mark Stoops’ team finished the 2019 season ranked 25th in FPI.

Of course, you’ll find plenty of UK’s 2020 opponents in the top 25 of ESPN’s computer rankings.

Even though Kentucky has not cracked into the top 25 of either notable computer ranking system, the Wildcats are incrementally earning more credit. Prior to the star of the 2019 season both systems ranked UK 40th in FBS. Improved recruiting and sustainable success over the last four years prove Kentucky’s recent run is no fluke.

Now that I’ve said nice things about the computers, let me point and laugh at the predictable rise of Nebraska, Tennessee and Texas football. This won’t be the last time you hear this is the year they’re “back.” 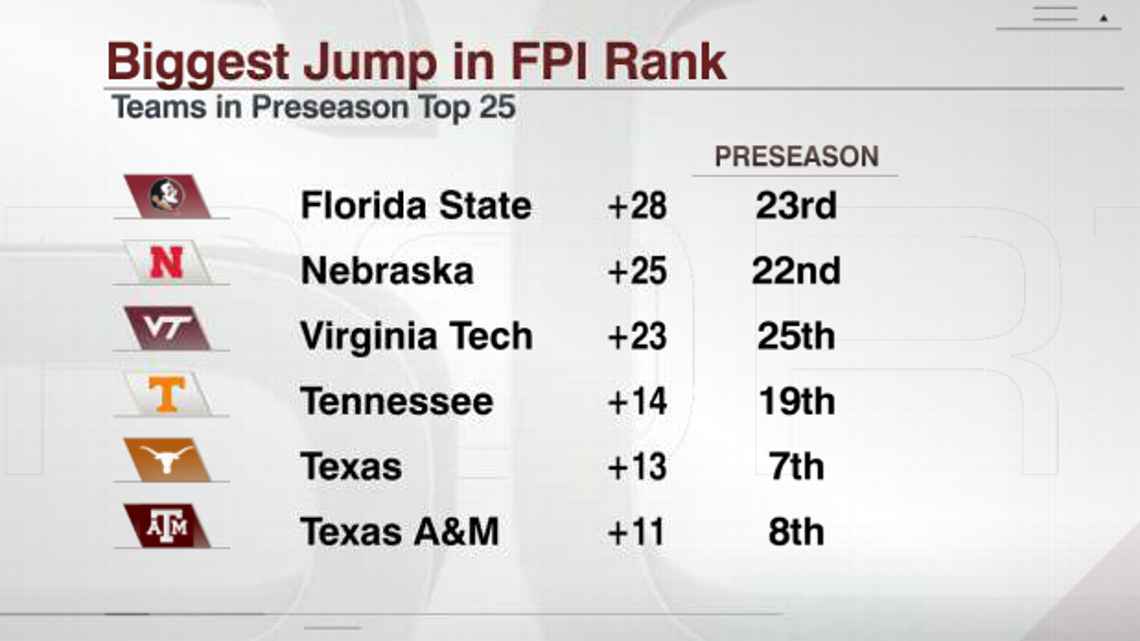 5 Comments for Kentucky Football Ranked No. 33 in ESPN Preseason FPI