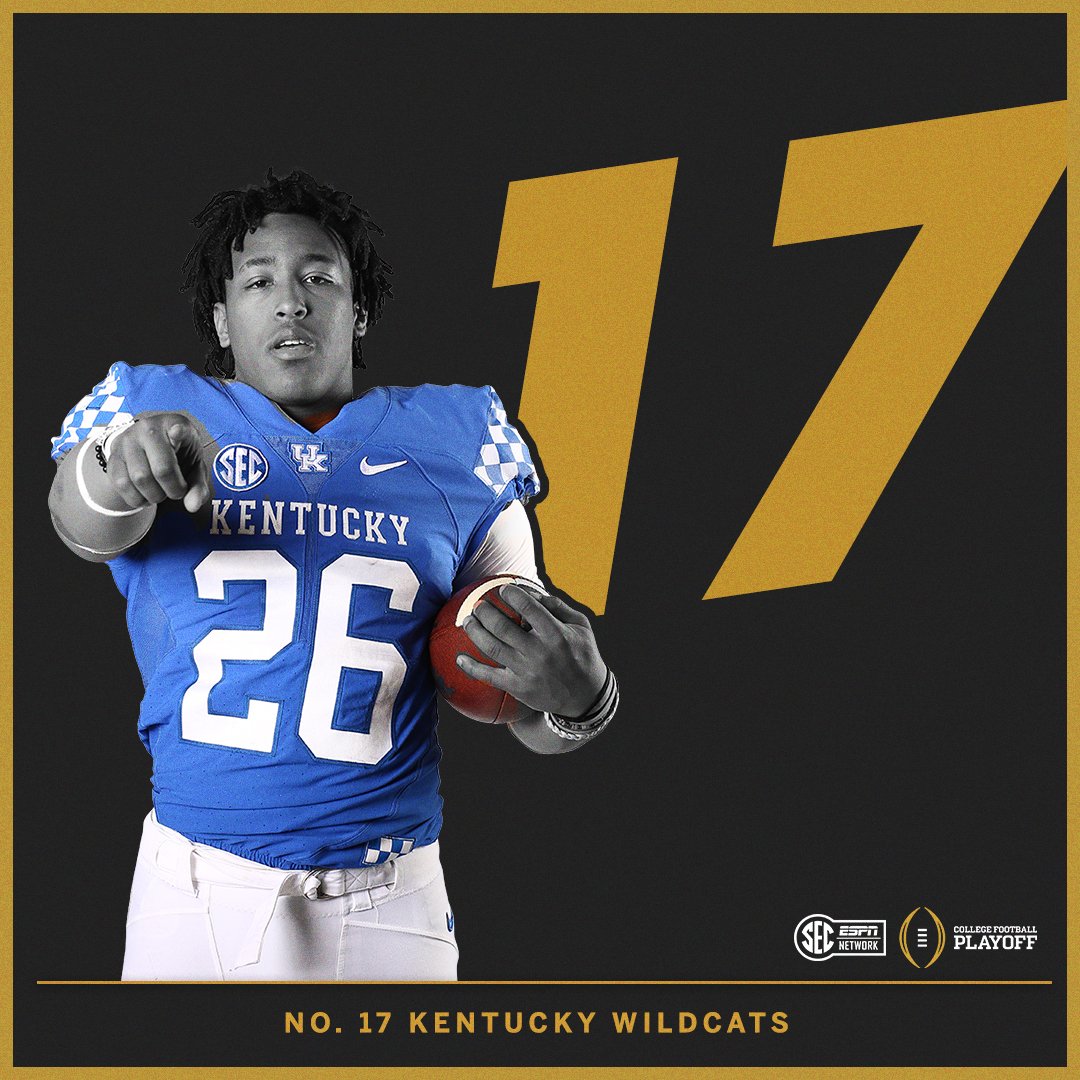 It’s been a rough 10 days for UK Athletics. The Cats’ SEC East chances ended when UK dropped its first home game of the season against Georgia and the Cats followed that loss up with a stinker at Tennessee.

Kentucky dropped from No. 11 to No. 17 in the CFP rankings after Saturday’s disappointing 24-7 loss in Knoxville.

I still don’t understand why Florida is being ranked above the Cats. Both have three losses and one for each team is against Georgia. However, UK beat the Gators AT the Swamp, and UK won at Mizzou. The Tigers stomped Florida in Gainesville two weeks ago.

Whatever. Beat Middle Tennessee and Louisville and all will be well. 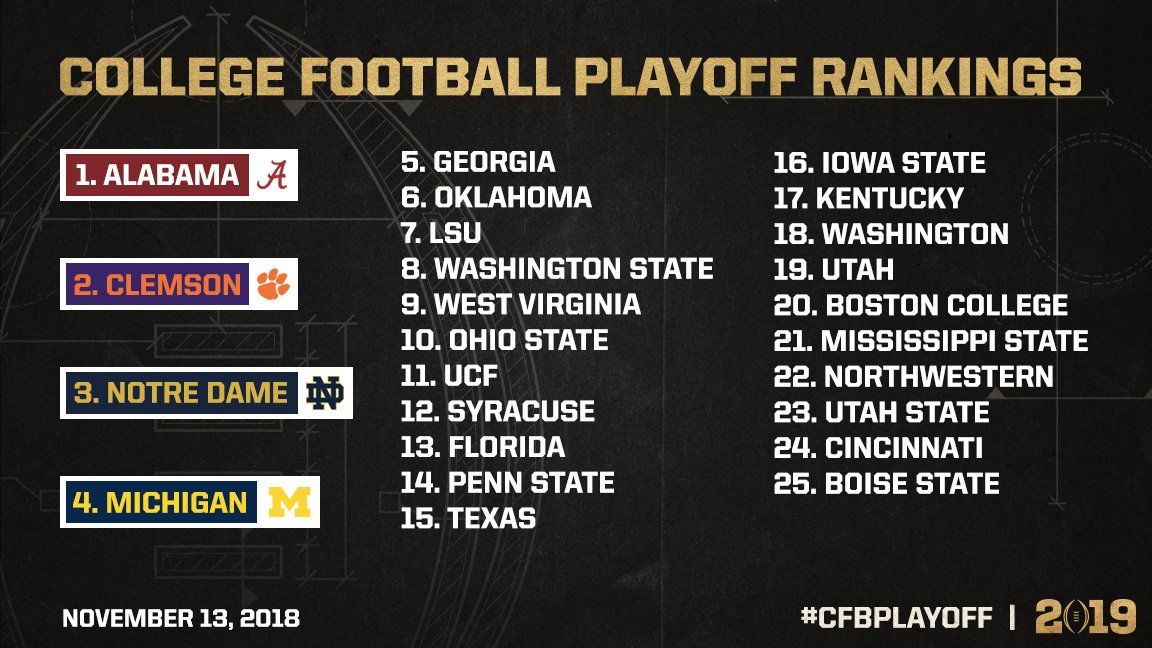 12 Comments for Kentucky falls to No. 17 in updated CFP rankings