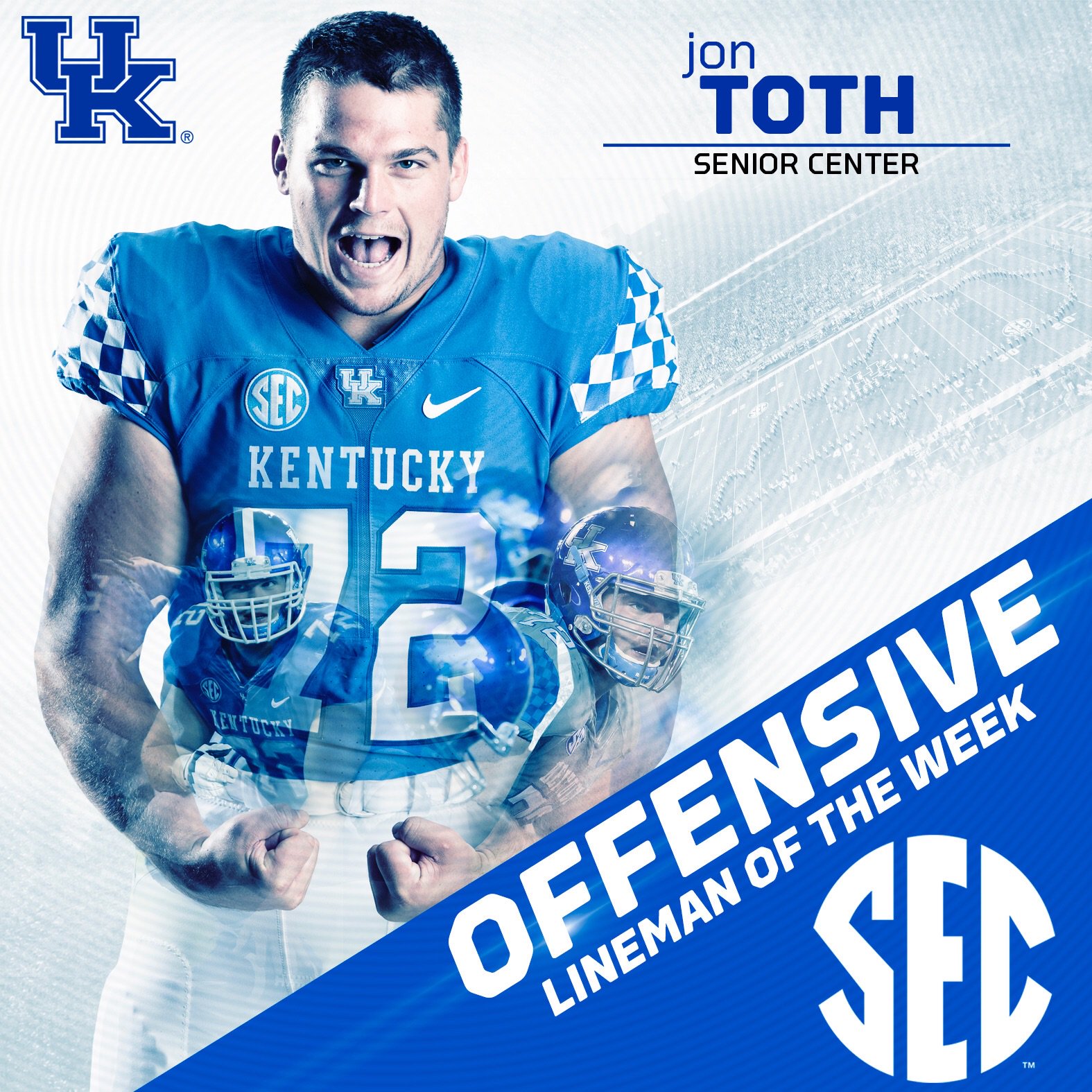 In news that will make Freddie Maggard very, very proud, the SEC just announced that Jon Toth has been named SEC Offensive Lineman of the Week.

The senior center helped UK rush for 258 yards in the win over Vanderbilt, a team that had been allowing only 160.6 yards per game. UK’s 258 rushing yards was the most for the program in an SEC win since 2010 and four players had at least 50 rushing yards in a game for the first time since 2012. Toth led the offensive line’s effort with nine knockdown blocks and 23 blocks at the point of attack and did not allow a sack or have a penalty. He also made a key block on UK’s first touchdown, a four-yard burst up the middle by Jojo Kemp, as well as handled the pre-snap line calls for the offensive line that did not allow a sack during the game.

Well done, Jon. We salute you.