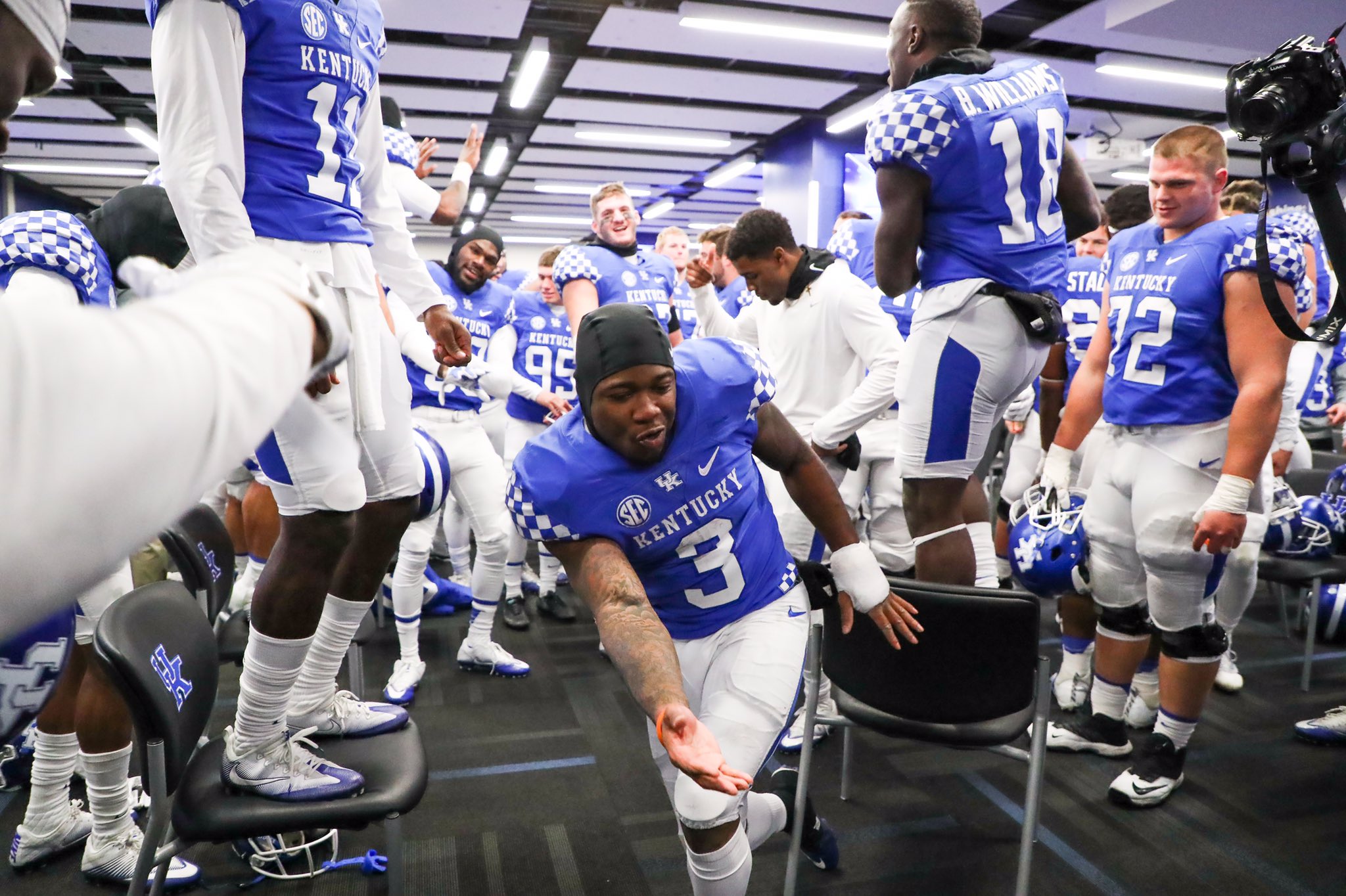 The locker room was something else following Kentucky’s bowl-securing victory against Austin Peay. Players carried themselves with a different level of swagger, a sense of relief rather than just celebration following a big win. The senior class, a group of guys that helped build this program from the ground up, was finally being rewarded for their work with a spot in post-season play.

Though each of the seniors were excited, none compared to Jojo Kemp’s presence in the locker room following the victory. He came to Kentucky on a promise of culture change, and he finally got to see the results in his last game at Commonwealth Stadium. Seeing it unfold in person was pretty unbelievable.

Here are a few of his comments following the game:

Jojo on his impact at UK and the Lexington community:

Jojo’s aspirations for his teammates following his departure:

“I just want them to keep going. When I leave, I want them to keep getting better and better. I’m going to always and forever bleed blue. I came here with the mindset that I was going to change the culture of Kentucky football, that was my motto, that’s what I believed in. I’m glad I have these young guys around me soaking that in. I’m glad I can be that role model, that positive influence, to affect those around me.”

On facing Louisville next week:

“I’m very excited, but I know we’re going to just take it one day at a time. I know my coaches have a wonderful game-plan ready for us. We’re going to go out there on Saturday and take care of business.”

On being the team leader and carrying his teammates through adversity:

“I’m still Jojo, I’m still a hard-nosed football player. Coach always told us “don’t flinch.” You’ve gotta fight through adversity, not everything is going to be perfect. Everything is not butterflies and roses. You’re going to have to jump over hurdles and go through obstacles. When I came here as a freshman, I knew exactly what I was getting into. Staying here and fighting, continuing to work, putting in the extra time, a lot of people can’t do that. You’ve got to be a strong person to do that, and that’s why I have the upmost respect for my teammates and the guys that put their feet in this building. It’s a lot of work, this ain’t easy. To get this program turned around, to get people to actually believe, this is an awesome feeling. This is a really awesome feeling.”

On UK becoming bowl-eligible for the first time since 2010:

“There’s going to be doubters. There’s going to be people without faith. But now we’re bowl-eligible. Six wins, baby. Guys didn’t think we were going to do that going into this year, starting out 0-2, people were hopping off the bandwagon, people didn’t want to buy tickets, but here we are. It’s an amazing feeling, being here in my senior year and finally going bowling.”

Jojo’s message to the BBN following his final game at Commonwealth Stadium:

“Big Blue Nation, thank you so much. Thank you for believing in me, believing in my teammates. This is a great and awesome feeling knowing we get to reward you guys for continuing to have faith, continuing to believe in us. I will forever bleed blue, and the WildKemp will live on.”

Looking back four years ago, none of us knew what we had coming for us when Jojo Kemp pledged his commitment to Kentucky, but I’m glad as hell he decided to suit up in blue and white.

3 Comments for Jojo Kemp: “Big Blue Nation, thank you so much… I will forever bleed blue, and the WildKemp will live on.”