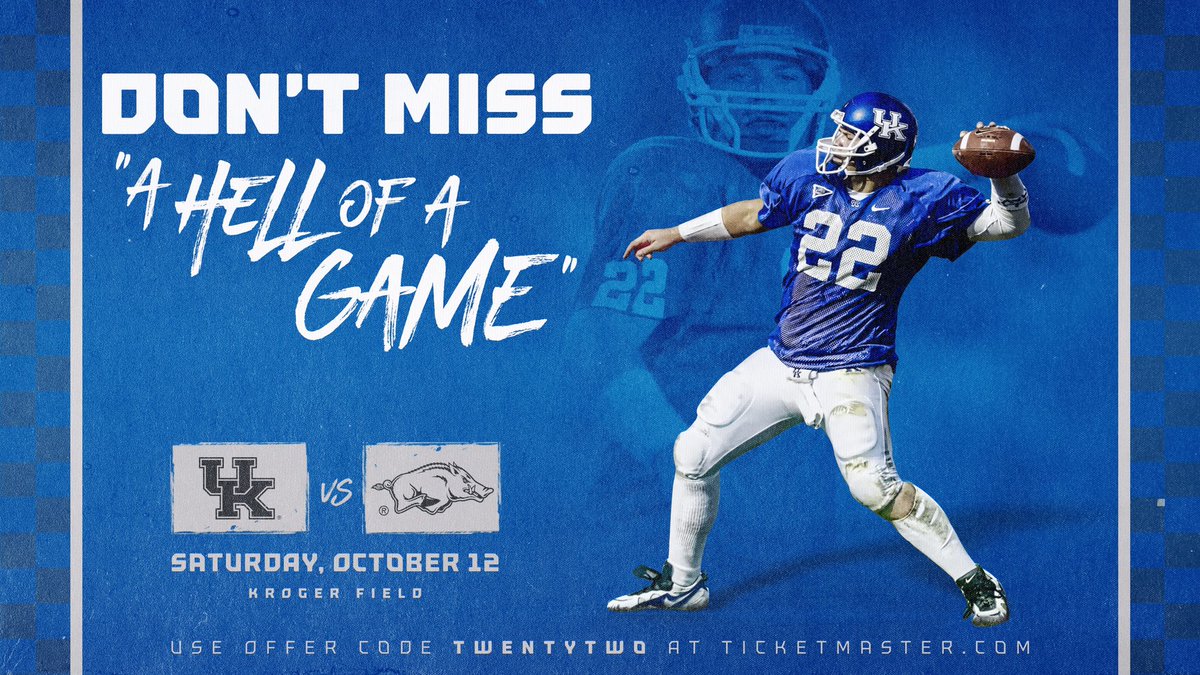 Saturday, October 12 will be “Jared Lorenzen Day” at Kroger Field.

The UK football program announced it will honor the late Hefty Lefty when it hosts Arkansas, a fitting opponent for a Lorenzen tribute. Lorenzen led Kentucky to an NCAA record seven overtimes against the Razorbacks in 2003, after telling his home crowd they were going to “miss a hell of a game” as some fans exited the stands with Kentucky trailing in the second half.

Fans can use the offer code “TWENTYTWO”at Ticketmaster.com to receive $22 off tickets to the game. In addition to the ticket discount, UK will pass out commemorative towels on this special day to celebrate a Hall of Fame quarterback and person.

8 Comments for Jared Lorenzen Day set for the Arkansas game