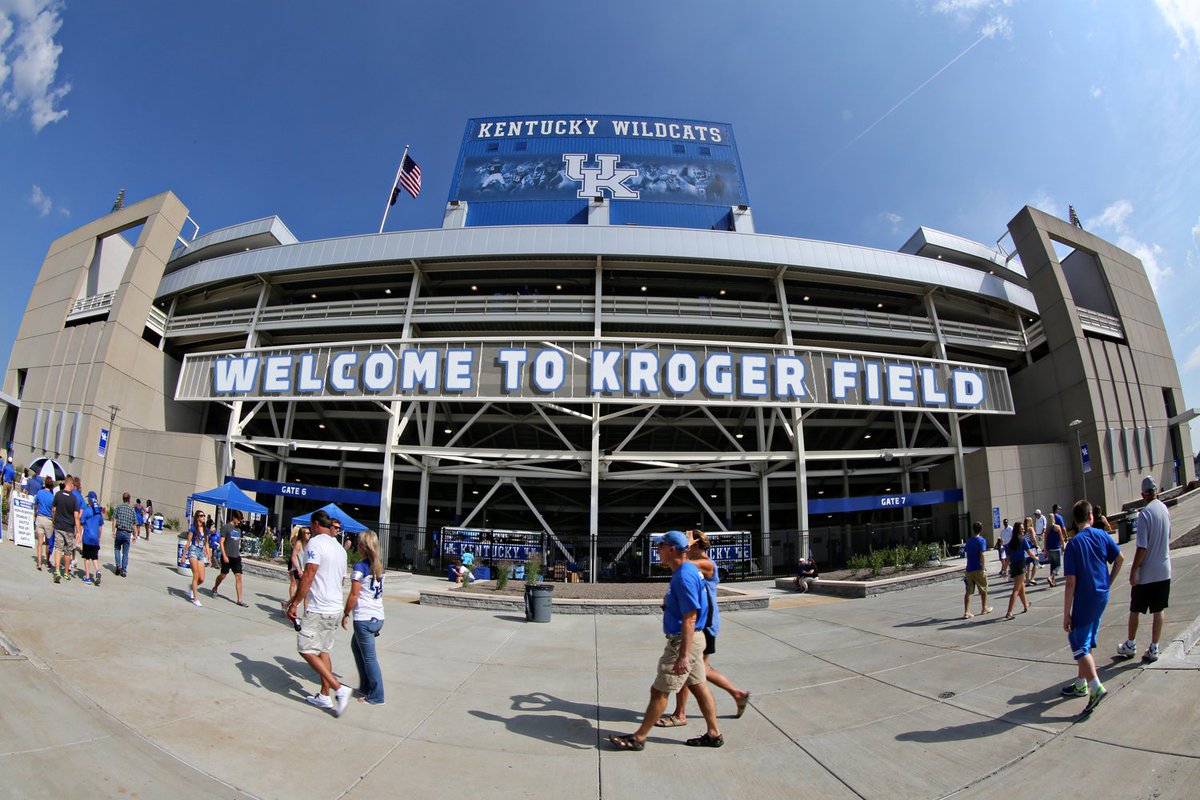 It’s official: Commonwealth Stadium is now Kroger Field. The deal, which is actually between JMI Sports and Kroger, is for 12 years, $1.85 million per year. UK President Eli Capilouto just announced the news at a press conference at the Don and Cathy Jacobs Science Building.

“This is an unprecedented partnership that pairs two iconic brands — UK and Kroger — whose reach extends throughout the Commonwealth and far beyond our borders,” UK President Eli Capilouto said. “Kroger shares our mission to serve Kentucky. And this partnership tangibly advances that mission, as evidenced by what it will allow us to do on our campus, but also as Kroger embarks on an ambitious effort to enhance health and wellness throughout Kentucky.”

The new name will be reflected on interior, external, and directional signage, as well as collateral materials related to the stadium. The playing field will be renamed to C.M. Newton Grounds at Kroger Field to avoid confusion.

Kroger is now the Official Fuel Partner of the University of Kentucky, the Official Grocery Partner of Move-In at UK, and the Official Nutrition and Pharmacy Partner of UK Athletics. Kroger and UK will also work together to improve community fields across the Commonwealth as part of the Kroger Fields Community Program and a community 5K race — the Simple Truth 5K — will finish at the 50-yard line at the newly renamed Kroger Field.

Jack Pilgrim’s at the presser and will have more in a little bit.