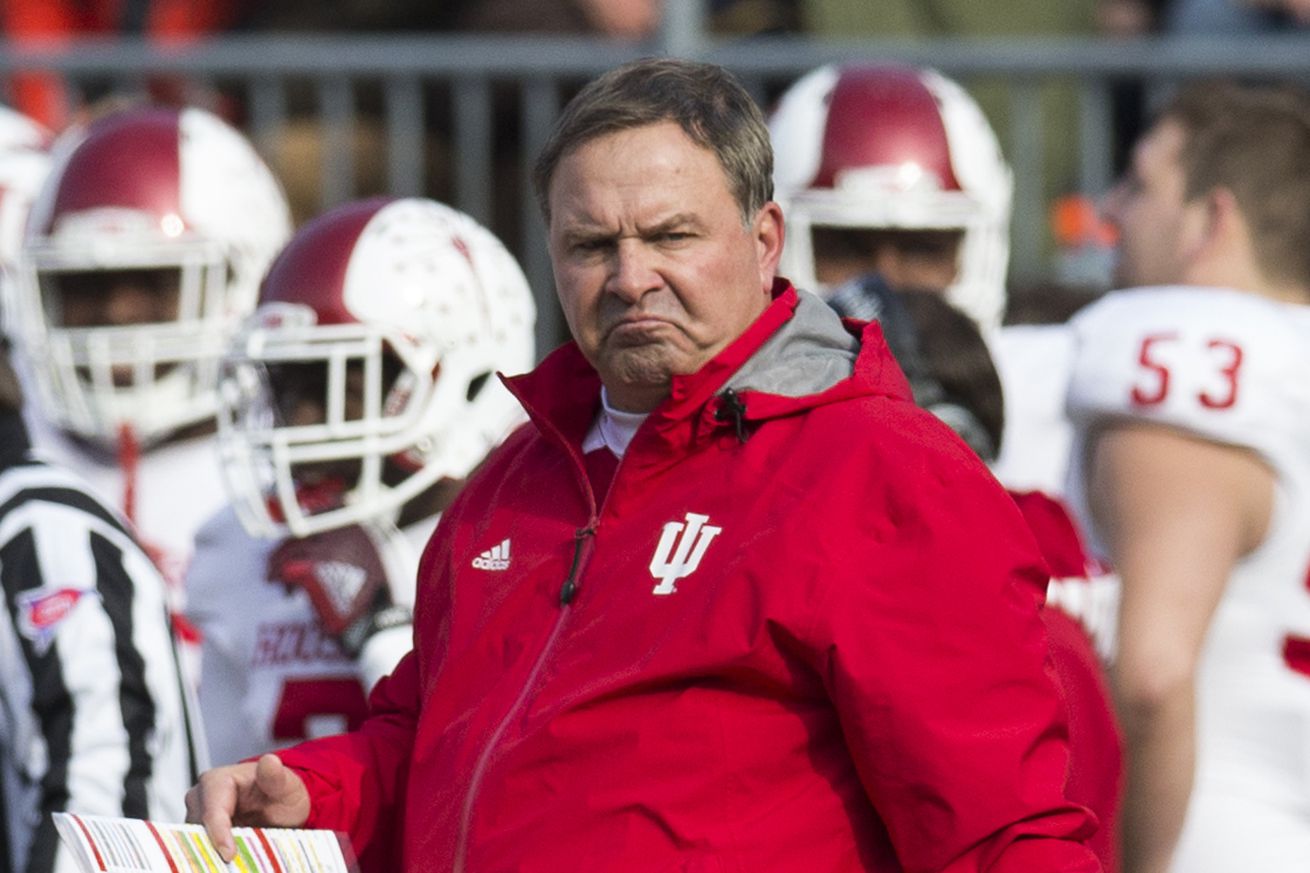 Indiana head coach Kevin Wilson is expected to be officially relieved of his duties in a 6 pm press conference in Bloomington. Wilson is coming off a six-year extension and has the Hoosiers going to a second straight bowl game, so he did something very bad, one would assume.

Turns out, Wilson is being fired over his treatment of players, according to several reports. A former Hoosier told ESPN that he and at least five current players were recently interviewed by the athletic department and university lawyers about Wilson’s mistreatment of his players.

Then there’s a story from a former player’s father, who is saying Wilson rushed his son back from a concussion and his symptoms went “haywire.”

There are plenty more tales like that one floating around out there right now. If true, and it seems many of them are, Indiana is making the right move.