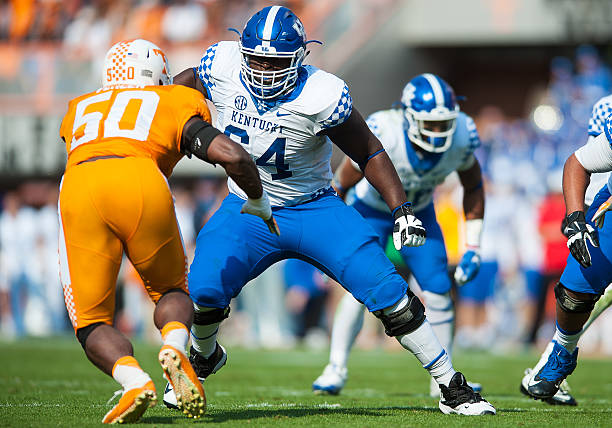 Former KSR employee Freddie Maggard got started with the “Behind the Facemask” series when he was with us, where he was able to give fans a behind-the-scenes look at their favorite football Cats.

When Mark Stoops hired him away from us as Kentucky Director of Player Development, he made a point to continue the series with his beloved team.

He got started with Kash Daniel, and then followed it up with segments with Mike Edwards and Bunchy Stallings.  Now, he wanted to give fans an inside look at senior lineman George Asafo-Adjei.

Maggard talked to Big George about his passion for urban farming, giving back to the community, his trip to Ethiopia, his recruitment out of West Chester, OH, and his future not only on the football field, but life after football.

Take a look at the fourth episode of the series below:

If you missed the first three episodes with Kash, the Honey Badger, and Bunchy, you can find those here:

Behind The Facemask: Episode 1- Get to know linebacker Kash Daniel
????#4For40 pic.twitter.com/srz7qrDFbF

As a side note, the football team had a blast this afternoon with Kona Ice and sinking their coaches in the dunk tank:

Dunk Tank for the win ???? pic.twitter.com/YnnNtXURFJ