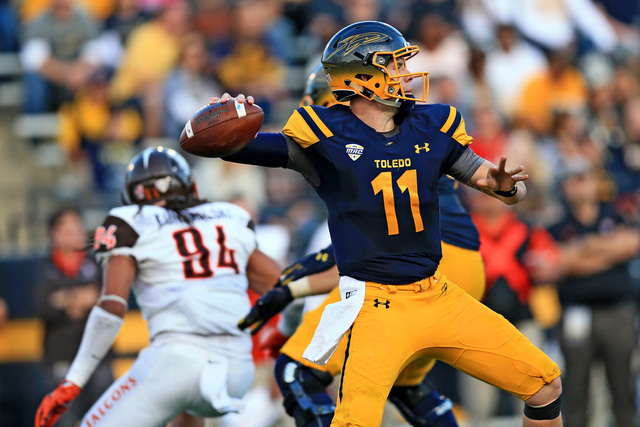 Former Toledo quarterback and Franklin County’s own Logan Woodside has officially been drafted.

And he won’t have to go far.

With the 249th pick in the 2018 NFL Draft, the Cincinnati Bengals drafted the Kentucky boy.

With the 249th pick in the 2018 NFL Draft, the Cincinnati #Bengals select Logan Woodside, quarterback from Toledo.

Here he was this afternoon waiting for his name to get called:

Logan Woodside, surrounded by family, is preparing to hear his name called today in the NFL Draft. @BCSNsports pic.twitter.com/UX4DK9kSKU

In the class of 2013, Woodside was considered the No. 2387 overall prospect and the No. 104 quarterback in the nation according to 247 Sports. Now, he’ll be competing for the backup spot behind Andy Dalton, and eventually, the starting job.

Started at Franklin County as a two-star quarterback, moved on to break passing records at  Toledo, and then became an NFL Draft selection.

Congratulations to Woodside on the incredible achievement!