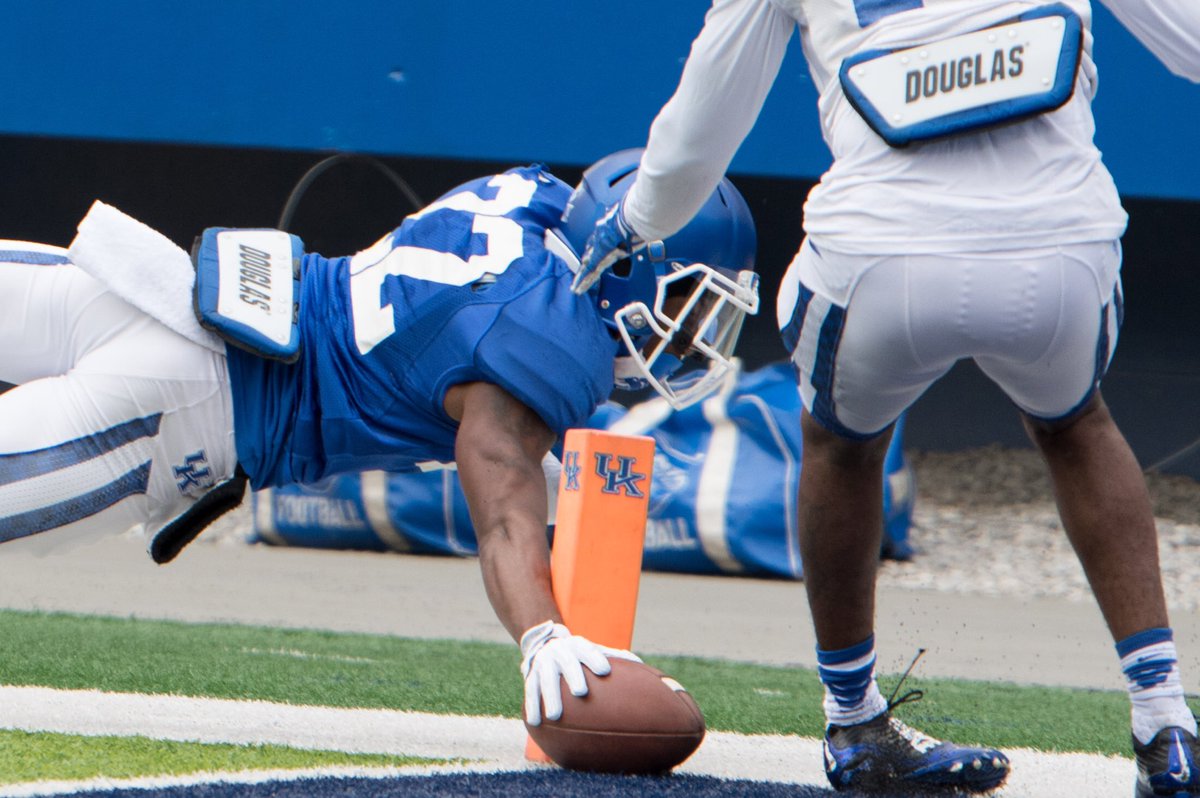 The Return of Drew Barker

Barker led his unit to a touchdown and “he looked comfortable,” Eddie Gran said after practice.  They didn’t make him do too much, but it’s great to hear he is making plays while comfortable in the pocket.

“The most important thing,” to Eddie Gran is ball security.  The Cats won seven games even though they shot themselves in the foot at least twice a game.  Through the first two scrimmages, there’s only been one fumble, and that was quickly recovered by the offense.

Only One Dropped Pass All Day

The wide receiver group continues to prove to the coaches they are more consistent than they’ve ever been.  When the offense needed big plays on third down, they delivered.  “Some of those guys that I talked about last week that really need to step up to be successful, I thought they did a good job today,” Gran said.

Gran described the catches made by Kayaune Ross, Tavin Richardson and Blake Bone as “money catches.”

Benny Snell is going to Benny Snell.  Figuring out who will play the role of Boom is important.  Both backs did good things today.  A.J. Rose busted a big run for about 50 yards and Sihiem King had two touchdowns.

King can do something running backs haven’t done at Kentucky in years: catch passes out of the backfield.  One of his touchdowns was a receiving touchdown.  Described by Gran “as a great changeup,” he caught a few passes and made people miss.