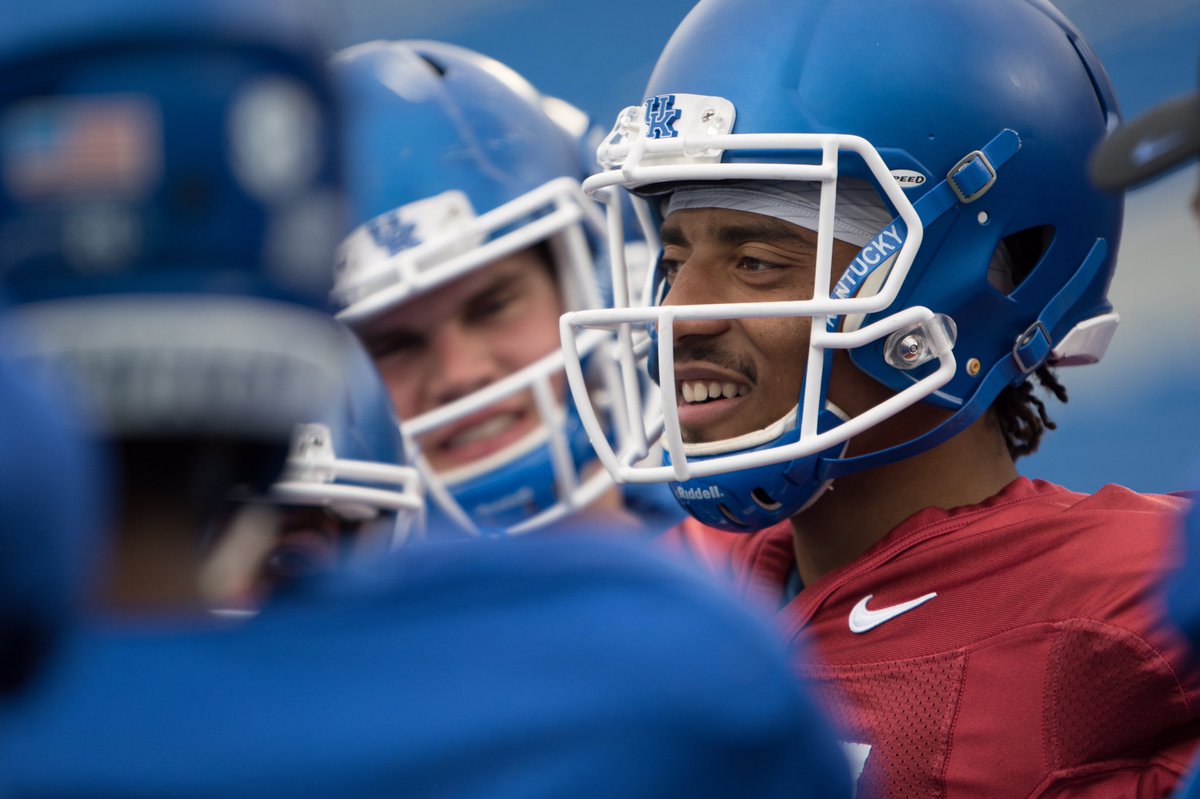 While recording the latest Depth Chart Podcast yesterday, I asked, “What’s the deal with Eli Brown?”  The former four-star prospect from Bowling Green has done good work in special teams for the Cats, but needed to add weight to be effective at linebacker.  Today he was effective, making a few tackles for loss that stood out to Matt House.

Brown is much more comfortable in the system, but finding playing time at linebacker will not be easy behind Jordan Jones.  That obstacle does not deter Brown.

Brown believes some of that motivation is coming from Josh Allen.  Eli’s roommate and arguably Kentucky’s best pass rusher isn’t letting Brown back down from competing for that starting spot, even though it belongs to the best linebacker in the SEC.  “I was in his ear.” Allen told him, “You gotta stop playing.  You gotta step up.”

It worked today.  Allen also did work, accounting for at least one sack.

One Quote That Stands Out

“If you can be a good run defense team against our offense, you know you’re making progress.” – Stoops

Scrimmages used to be problematic for the coaches.  It was difficult to determine if one side won, or the other side was so bad it allowed them to win.  Now Stoops can see progress from his defense because he knows how great their rushing attack is.  The whole team will be better for it.

Just this week C.J. Conrad returned to practice with a red jersey, his first practices of the spring, but he did not participate in today’s scrimmage.  In his place, Greg Hart and Justin Rigg have excelled.  Rigg has a lot to learn, but his physical skills are impressive.

“I mean, he gets the ball thrown anywhere and it just looks like he can gobble it up and catch it.”  Eddie Gran said Rigg’s next step forward is by improving his run-blocking.  As Gran said, he needs to “get a little more booty in him.”

Last year Benny Snell was trying to figure out the offense.  Now that he’s mastered it, his competitive edge is remarkable.  He expects to score every time he touches the ball.

“At times I have to reason with him.  He gets frustrated when he gets tackled.  He’s gonna get tackled,” Stoops laughed.  “You’d rather say who than giddy up,” and that’s definitely the case with Kentucky’s sophomore running back.