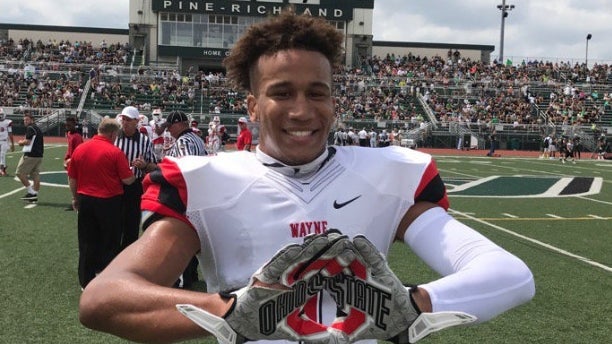 As the Big Blue Nation waits out Xavier Peters’ transfer waiver process, one talented athlete that was previously on Kentucky’s radar has been given the green light to play right away.

L’Christian “Blue” Smith was the 39th-ranked player in the 2018 recruiting class. A star wide receiver for Dayton’s Wayne High School, he initially committed to Ohio State over Kentucky. After redshirting in his first season in Columbus, he chose to transfer.

Today Cincinnati announced the NCAA has granted him immediate eligibility. In his waiver application, Smith appears to have cited mental health issues. According to coach Luke Fickell, Ohio State cooperated to help Smith receive the waiver.

How does this decision relate to Peters?

First and foremost, on Friday the UK outside linebacker said Florida State head coach Willie Taggart plans on cooperating with the NCAA in this process. If it helped Smith, it could help Peters. Proximity probably plays a factor as well. Cincinnati is only 54 miles away from Smith’s hometown, about 20 miles closer than Columbus. UK’s campus is about 104 miles away from Peters’ hometown where his son lives. Is it close enough to make the cut? Only time will tell.