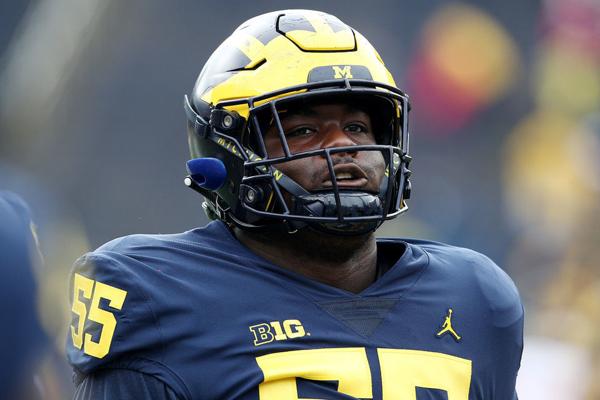 A one-time UK recruit sought to play college football closer to home. The NCAA denied his chance to play right away.

James Hudson was a four-star recruit and a top ten defensive tackle in the 2017 class when he committed to Michigan over Kentucky and Alabama. After spending just over one season in Ann Arbor, the Toledo native announced his intent to transfer closer to home to play for Cincinnati. Hudson applied for a waiver to be eligible immediately, citing mental health issues he suffered at Michigan.

“The NCAA has denied my waiver specifically because I never spoke up about my mental struggles to the administration at the University of Michigan,” Hudson said. “Like many football players I was afraid to speak up about my depression not wanting to look weak. Now the NCAA is telling me that my courage to step forward and speak about my issues was done too late and subjectively my ‘Circumstances do not warrant relief.'”

Today Hudson revealed his request to play right away had been denied.

“Thank you everybody for your support,” Hudson wrote on Twitter. “Unfortunately, things did not work out but this is not the end. Yes, it is unfair and not right but everything happens for a reason. Until next year.”

The decision comes as Kentucky waits to hear the results for a transfer waiver for another high-profile former four-star defensive lineman, Xavier Peters. The circumstances are different, but each appear to carry more weight than the “hardships” Justin Fields and Tate Martell had to overcome.