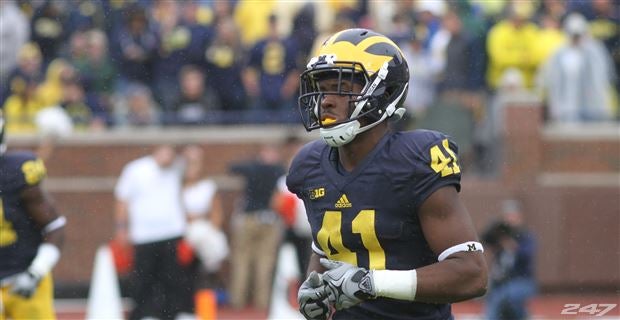 While we may be bidding farewell to one of Kentucky’s football coaches, according to Justin Rowland of Rivals.com the Wildcat’s will be welcoming Michigan transfer, Brian Cole to the program.

Just spoke with former Michigan WR/DB Brian Cole and he confirmed our report about his plans. Will transfer, it's official. Huge get.

According to several reports, Cole was in Lexington this weekend on an official visit to the university, and he couldn’t have picked a better time. The football program also hosted several highly touted and still-uncommitted prospects during the program’s junior day festivities.

The former Wolverines receiver/ defensive back was released from Michigan’s football program last month and has been reportedly eyeing Kentucky, Pitt, Arizona and Arizona State as his next destination.

While the situation and the exact terms surrounding Cole’s release from Michigan is still unclear, the wide receiver will likely have to sit out the 2016 season due to NCAA transfer rules, regardless. Cole saw time in three separate games this past season as both a wide receiver and on special teams – enough to be considered a true sophomore going into 2016. However, Cole could choose to redshirt which would make him eligible to play in the 2017 season for the Wildcats alongside an impressive class that includes Florida quarterback Mac Jones, Ohio athlete Russ Yeast and Lexington quarterback Walker Wood.

Kentucky has already gained six commitments for the class of 2017, and that group is ranked No. 11 nationally by 247Sports and No. 2 in the Southeastern Conference behind only Alabama.

Cole, a former Under Armour All-America Game selection, hails from Heritage High School in Saginaw, Michigan, and was ranked by Rivals.com as the No. 4 athlete and No. 101 overall prospect in the class of 2015.