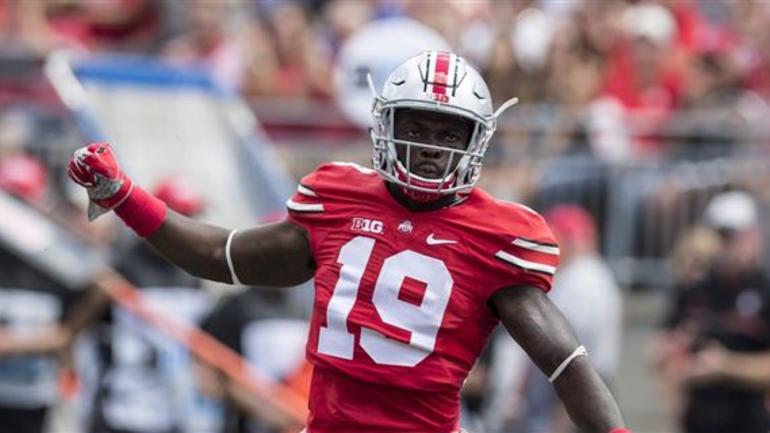 Back in November, it looked like Kentucky was a lock to receive a commitment from former UA All-American four-star defensive back and Ohio State Buckeye Eric Glover-Williams.

247 Sports’ Bill Green’s sources told him Glover-Williams and his family had “been in contact with the Kentucky admissions department,” and following a visit back in November for the UK vs. UofL game, he was likely to make it official.

After speaking to a source close to the Kentucky program, and also to the father of former four-star recruit Eric Glover-Williams, it appears the former Ohio State player could be on his way to Lexington, Kentucky.

Glover-Williams, now at Mississippi Gulf Coast Community College, has been in contact with the Kentucky admissions department per his father, Jerry Williams, and he was assured he will meet their academic standards by obtaining his associates degree and securing a 2.5 GPA.

And then things went silent.

Former Canton McKinley and Ohio State athlete Eric Glover-Williams is headed to Slippery Rock to continue his career. Former 4-star that can play either side of the football. #THEROCK pic.twitter.com/BiWVdp86qB

Vince Marrow and the Kentucky Wildcats were the first to offer Glover-Williams out of high school, but he opted for Ohio State over the Cats, Michigan State, and Tennessee, among others.

After playing 20 games with the Buckeyes, he was dismissed from the program and enrolled at Mississippi Gulf Coast Community College. When he was looking to get back into D1 football, Marrow reached out to Glover-Williams about playing SEC football for the Cats, and there was heavy mutual interest. There were even rumors that the star defensive-back had already begun taking classes at the University of Kentucky.

Now, he’ll be playing for Slippery Rock University of Pennsylvania, a Division II school with an enrollment of just over 7,000 students.