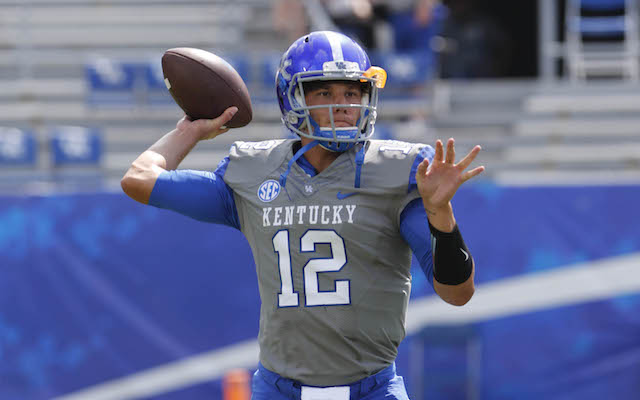 One former Kentucky quarterback was beginning to find his stride at another school, until he was stopped by a severe injury.

Prior to this season, Reese Phillips earned the starting quarterback spot for FCS Montana.  Successful in his first two starts, he completed more than 71 percent of his passes for 652 yards and 4 touchdowns until the second quarter of Saturday’s game.  Then one fateful drop-back left the crowd silent, according to the Missoulian.

Visual of Phillips’ injury had fans and the Grizzly team (and journalists too) holding down their breakfasts. Phillips’ foot wasn’t facing the right way – it was backward.

Today Phillips revealed bad news, but he was still able to make light of the difficult situation. 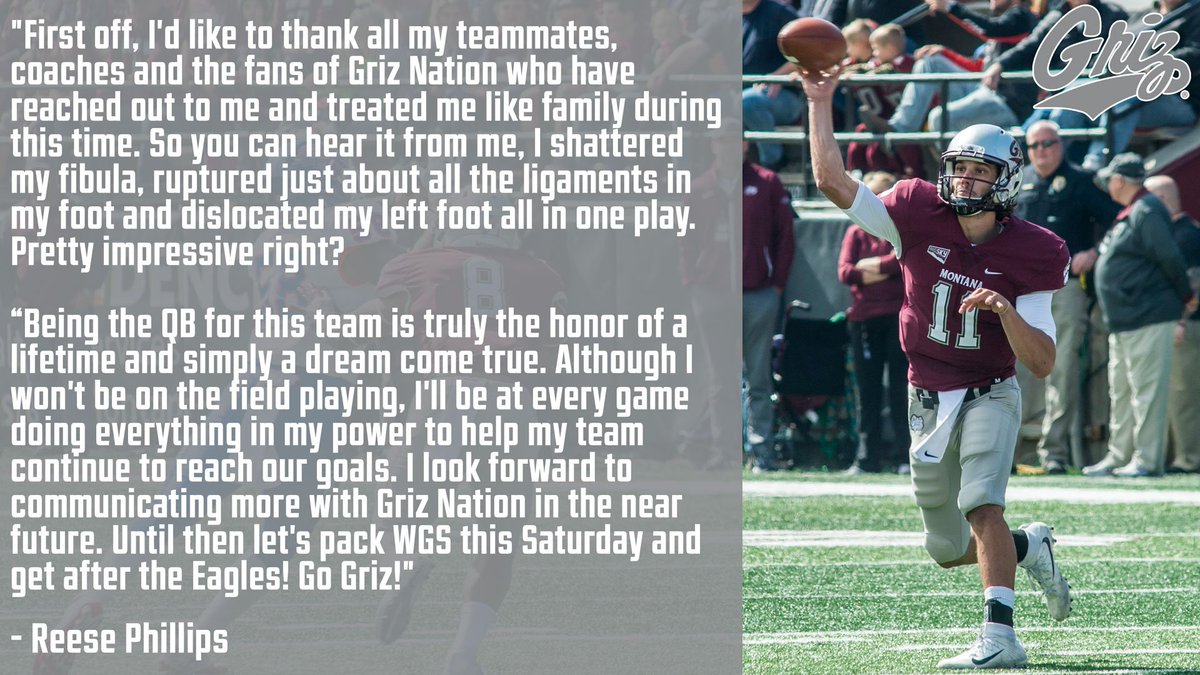 The Chattanooga native began his college career at Kentucky in 2013.  After a redshirt year, he played sparingly in 2014 before rupturing his Achilles in the spring of 2015.  Following the 2015 season he was a part of the mass exodus in the quarterbacks’ meeting room, leaving UK with Patrick Towles and Shannon Dawson.

The rehabilitation will not be easy.  We extend our best wishes to Phillips for a complete recovery and a successful future.