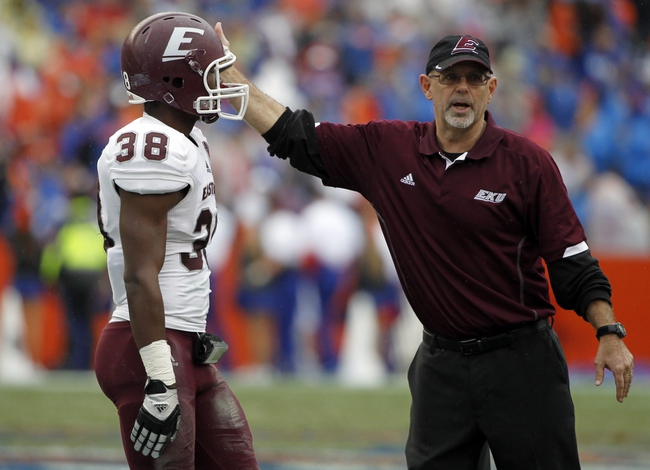 Former Eastern Kentucky head coach Dean Hood is in the mix for a spot on Mark Stoops’ staff at Kentucky, WKYT reports. That would likely be as a replacement for Andy Buh, the former outside linebackers and special teams coach.

Hood coached the Colonels for eight years up until the end of this past season when he was let go after coaching the team to a 6-5 record. He accepted a job as assistant head coach and tight ends coach at Charlotte back in December.

WKYT’s sources say Stoops was in Charlotte today to meet with Hood to discuss coming back to the Bluegrass.