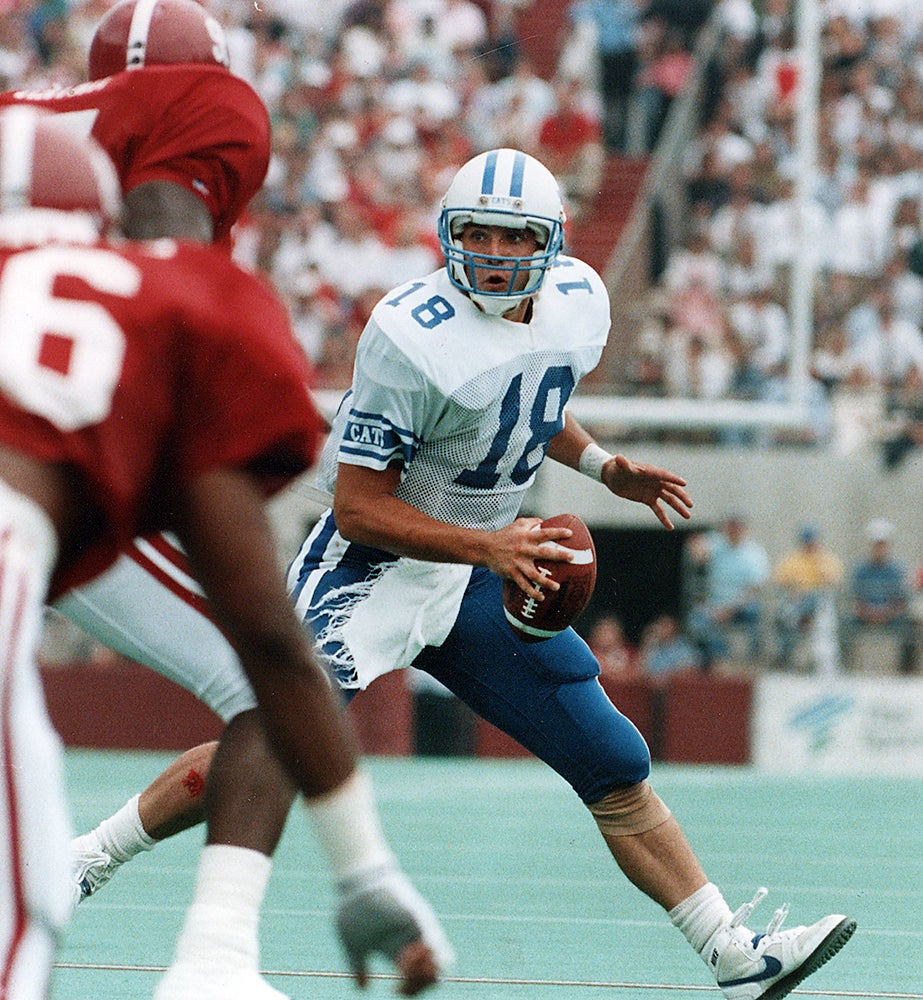 People forget that Drew Barker isn’t the only Kentucky quarterback to blog for Kentucky Sports Radio.

Before Freddie Maggard penned his first KSR post and began hosting the Depth Chart Podcast, he was a signal-caller for Jerry Claiborne.  Even though he’ll tell you he was around before they kept stats, he’s just being modest.

Before a shoulder injury, Freddie flung the ball around for 2,566 passing yards and 12 touchdowns.  Even more impressive, he punted the ball four times to pen the opponents deep into their own territory, averaging 30 yards per kick.

Nobody mastered the art of the handoff quite like Freddie, but the picture above provides proof the No. 18 did throw it a few times.  The best parts of the picture:

When you hear from Freddie next Wednesday on the Depth Chart Podcast, you will not hear him boasting about himself, but you will hear him shouting praise from the mountaintops for our guests, a quarterback and a linebacker that were two of the best to ever play at UK.