He is third in all-time passing at Eastern Michigan

In Eastern Michigan’s second game of the season, Roback became third in all-time passing at Eastern Michigan when hit hit 6,000 yards. He currently has 6,561 total passing yards for his career, and 798 on the season.

He redshirted his sophomore season

Roback appeared in three games, starting one, before receiving a medical redshirt during his sophomore season. The injury was not serious, but the coaches wanted to use that time to develop him more.

He was suspended at the start of last season

Roback started the 2016-17 season later than many expected. He was suspended for the first three game of Eagle’s season.

“With the privilege of being a member of the Eastern Michigan University football program there are expectations and standards to which we hold our student-athletes accountable,” head coach Chris Creighton told the Free Press in an email. “Unfortunately, Brogan has been suspended due to a violation of our policies.”

Roback still threw for 2,694 yards, 18 touchdowns and just seven interceptions that season.  He led EMU to its first bowl game in 29 years and its first winning season since 1995.

Roback was probably late to practice too many times because he was doing his har.

His hair is something else

I’m no hair expertise, but he has to bleach it. His hair is almost blinding, it’s so blonde. 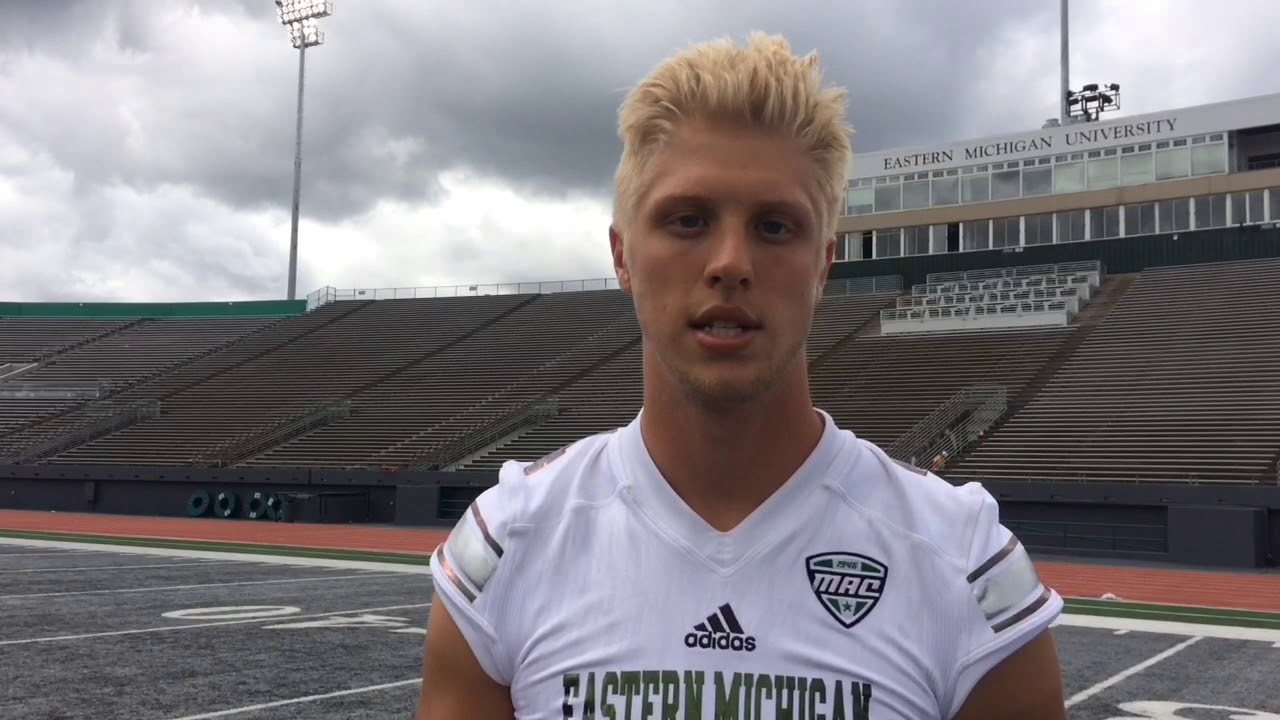 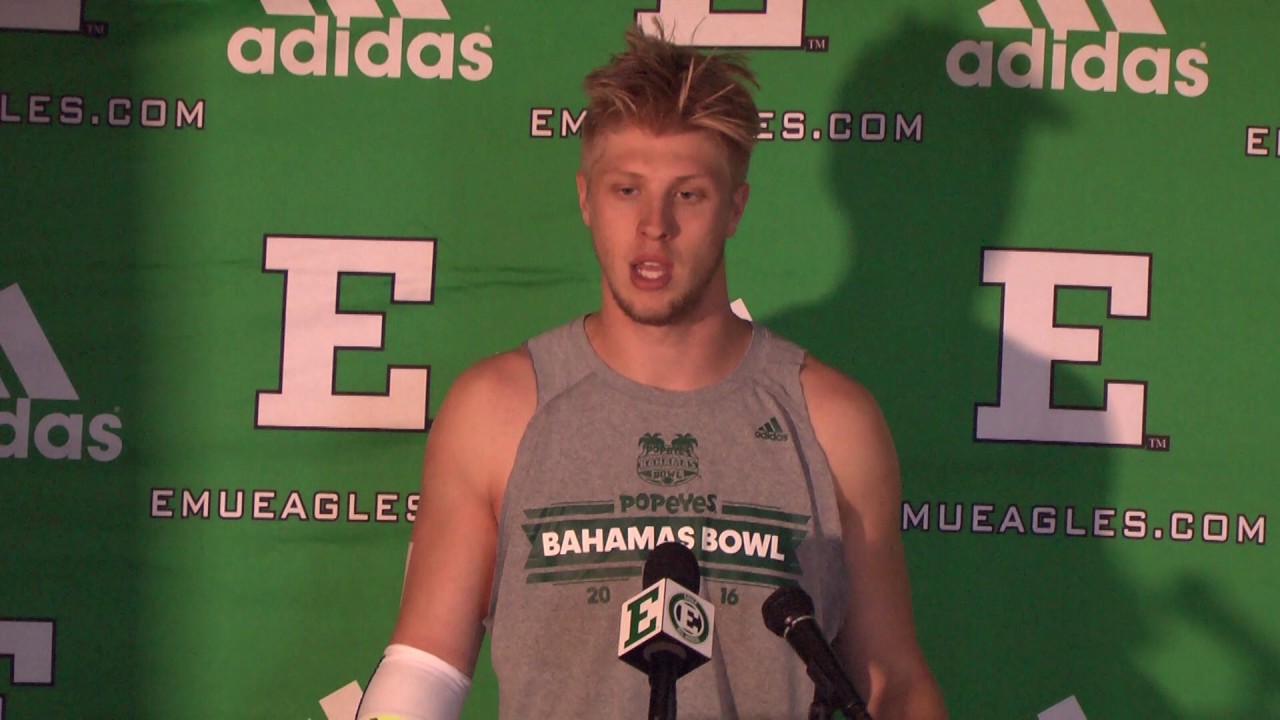 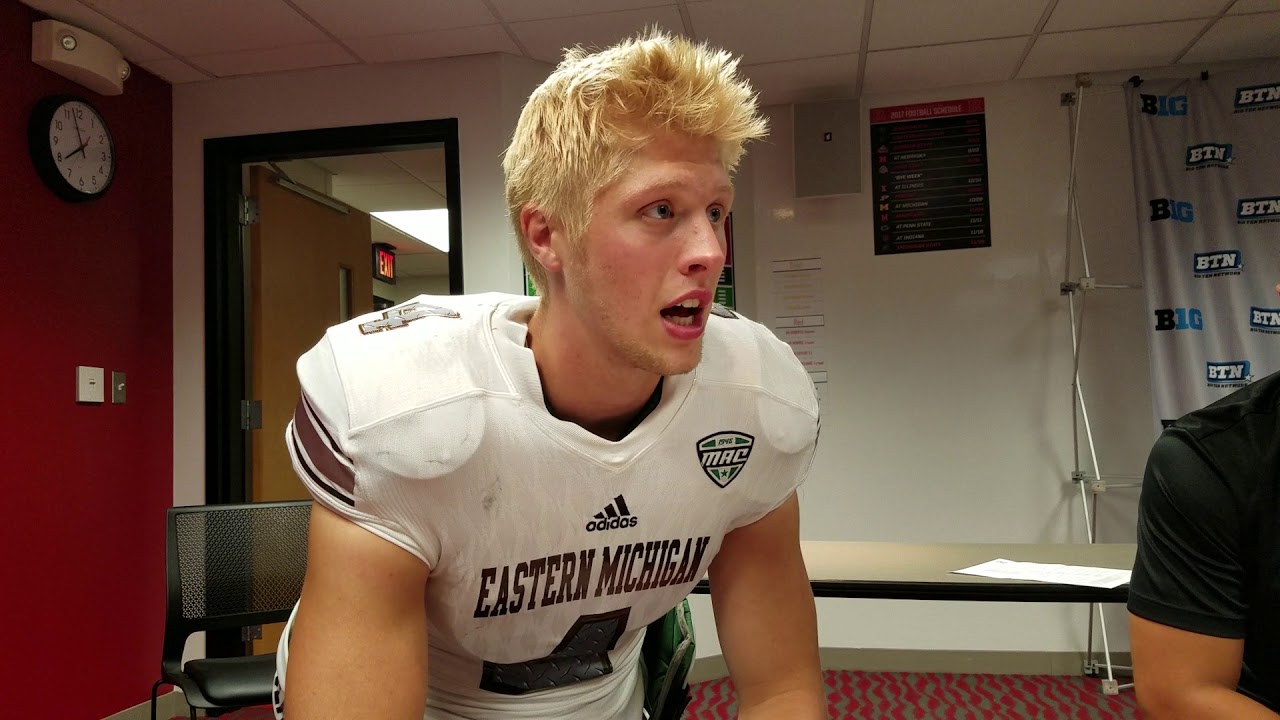 I did not even know Myspace still existed, but Roback’s account is still out there and very easy to find. Here is the link if you are so inclined:

Also, what kind of name is Brogan Roback?