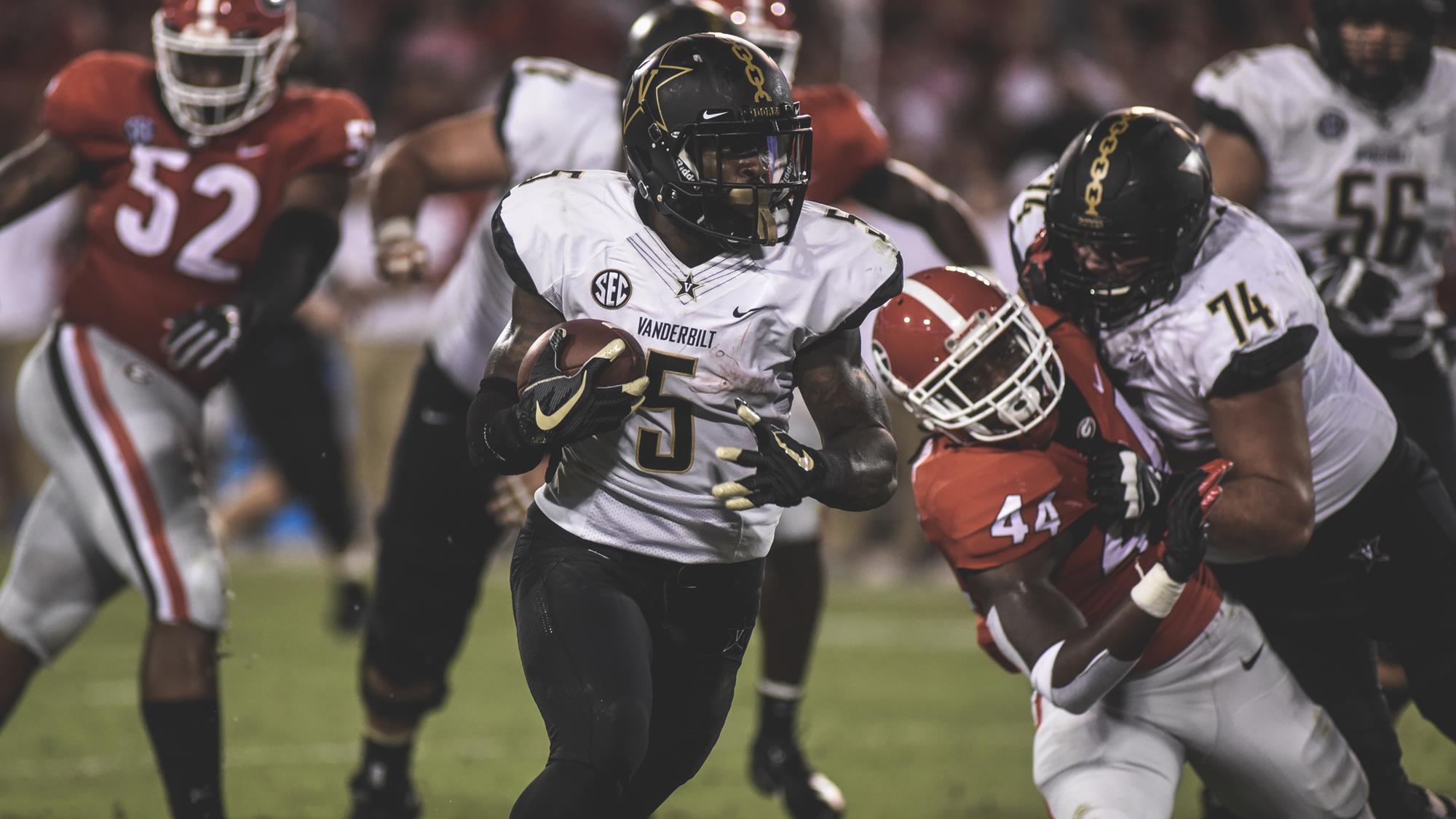 He transferred from the University of Illinois

Vaughn spent two seasons at Illinois. In two years, he started eight games and rushed for 1,024 yards and nine touchdowns on 217 carries. Vaughn was named the Offensive Newcomer of the Year as a freshman.

Derek Mason wants him to be a “cow bell”

Vanderbilt head coach Derek Mason told the media that Vaughn needs to be the “cow bell” and “featured back” of Vanderbilt’s defense. Vaughn has shared touches with two other backs, Khari Blasingame and Jamauri Wakefield, through Vanderbilt’s first six games.

He leads Vanderbilt in yards and touchdowns

Vaughn leads his team with 495 yards rushing and six touchdowns. He’s averaging 6.9 yards per on 72 rushes through six games played. Vaughn is the only bright spot in an offense ranked last in the SEC and 89th nationally at 151.6 yards per game.

He is a Nashville native

Vaughn was born and raised in Nashville. He attended Pearl-Cohn High School, one of the most popular public schools in Nashville. The school focuses on preparing students for the entertainment industry.

He has his own documentary