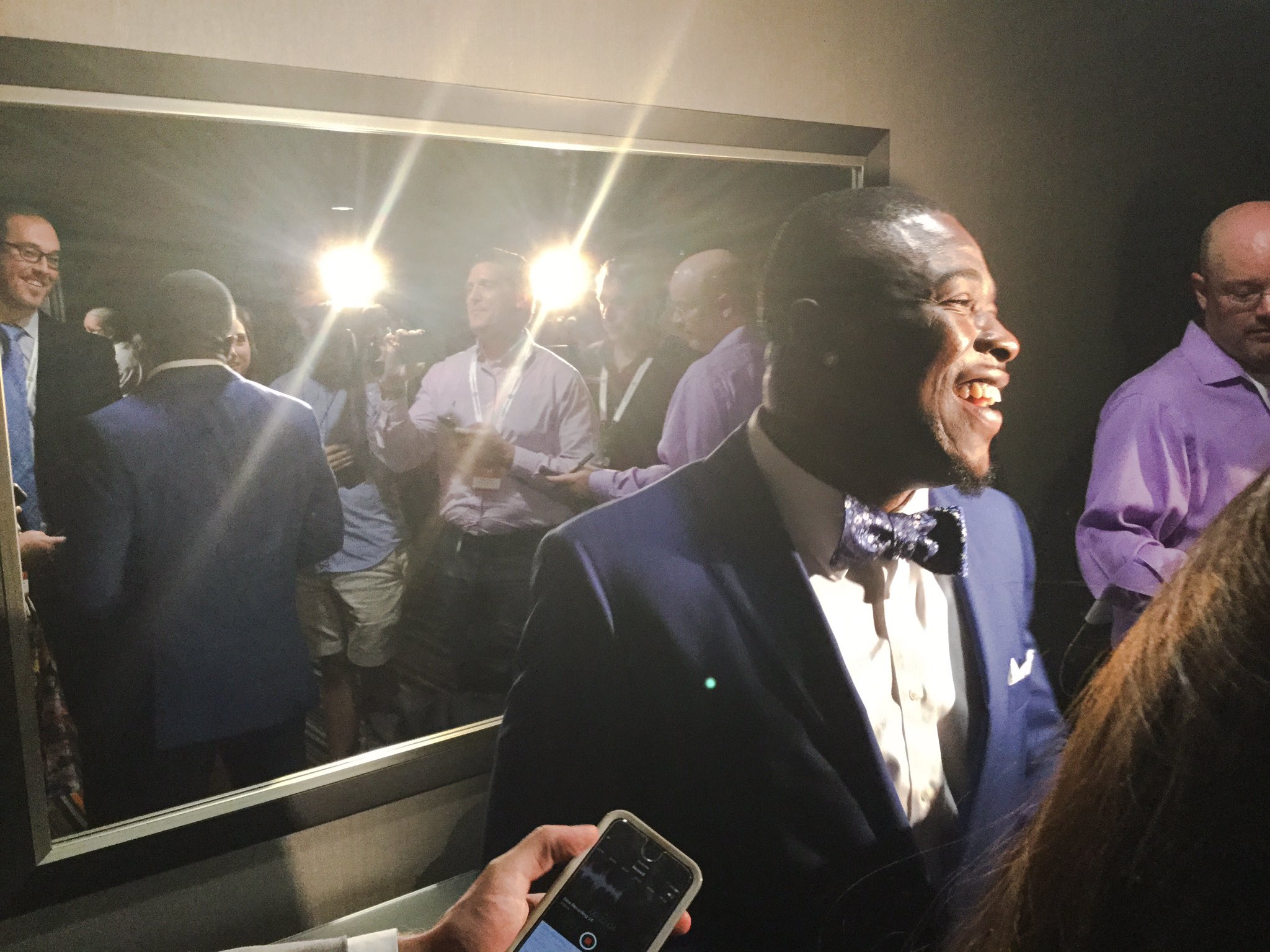 Kentucky fans have long loved senior running back JoJo Kemp not only for his talent on the field, but his personality off it. JoJo is a charming character with infectious enthusiasm, which made him the perfect choice to represent the program at SEC Media Days. We knew that before Kentucky took the stage today, but, judging from Twitter, JoJo absolutely won the room over during interviews. While most of the league’s media members usually doze off during UK’s player interviews, this afternoon, they flocked to JoJo, who held court.

Here’s a sampling of their raves…

Kentucky's Jojo Kemp asked who he is off the field: "A handsome young man." pic.twitter.com/D1Moh8HhRK

Can we just wrap this thing up on that note?

The Red and Black’s Wilson Alexander:

UK's Jojo Kemp is having fun here. Turns around before sitting down at his table to snapchat all the pictures being taken of him.

Even more after the jump…

Kentucky RB JoJo Kemp is excited to be at #SECMD16 pic.twitter.com/kDvyf5dNiA

Kentucky's Jojo Kemp: "I came here to talk Derby to you guys."

So, congrats to @Adam_Jacobi on transforming into an SEC running back.

3 Comments for Everyone loves JoJo Kemp at SEC Media Days