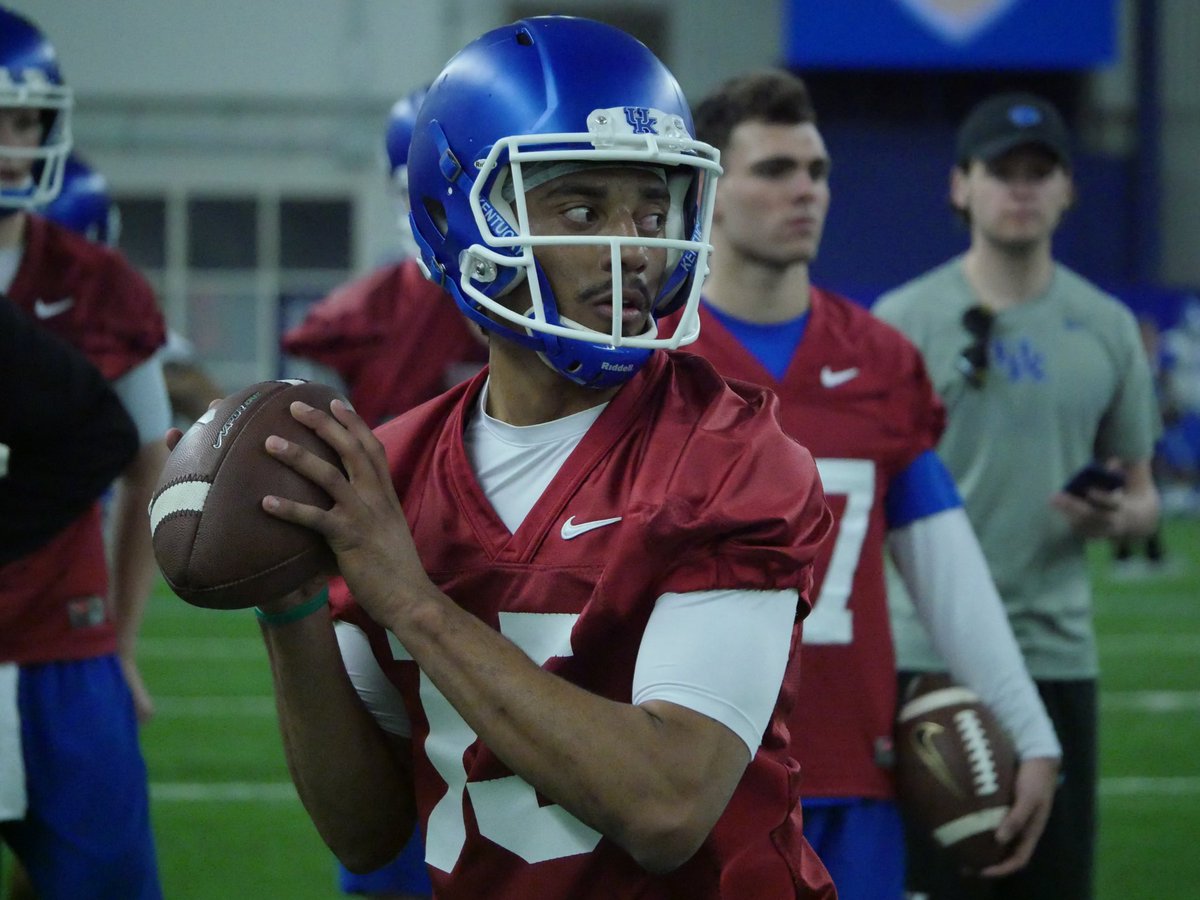 The rain kept Kentucky inside for their second day of spring practice.  It didn’t keep the fire out of offensive coordinator Eddie Gran, who’s picked up the intensity in his second year as the leader of the offense.

“We are so far ahead right now,” Gran said.  “It is so much fun coaching the technique and coaching the fundamentals.  That is a cliche and it’s what everybody talks about, but last year I was coaching to try to get guys lined up.  I was coaching to just get a play off.  Right now they know where to go, what to do.  They’re playing fast.”

Gran can do much more because “now it’s not so crazy for them anymore.”

That means Gran can turn up the intensity in practice.  He’s making everybody earn their time on the field, even Benny Snell.  When asked how Snell has handled being ‘the guy,’ Gran quickly dismissed that title.  “He’s running with the ones right now.  I wouldn’t say he’s ‘the guy.’  Let’s not use those words.  He’s gotta lot of work to do.”

He’s asking even more from the wide receivers.  Filling the void left by Jeff Badet, guys like Tavin Richardson and Kayaune Ross are capable, but they have to produce in practice.  “We’ve got to get some production.  They gotta earn their scholarship.  It’s time.  They gotta quit eating free food.”

See all of Gran’s animated intensity below.

If you’re more into watching action than hearing about it, this video’s for you.

Lexington turned into Dime City as the quarterbacks took over offensively. #WeAreUK pic.twitter.com/zjEjQXFKUk