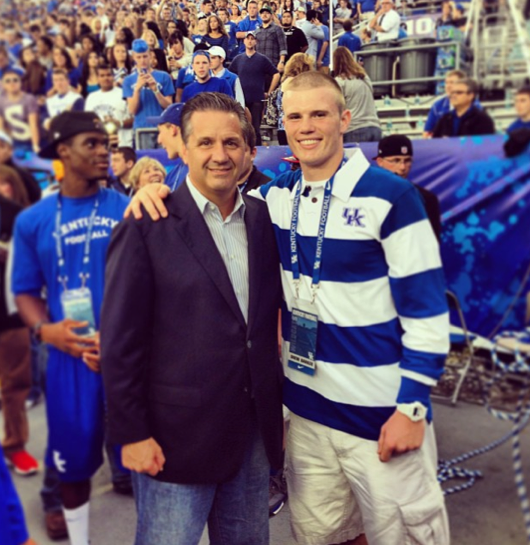 Yesterday’s 4-star Tight End commit C.J. Conrad had a Q&A session with the Courier-Journal that is well worth a read.  Conrad opened up about his commitment to the Cats as well as the recruiting process. Conrad talked a lot about how Kentucky has really put a stamp on the Ohio recruiting scene, treating it like it’s own home state. Conrad also said one player in particular had a major impact on his decision to commit to Kentucky. Can you guess who?

Add Conrad to the list of commits/recruits who plan to do their part on the recruiting trail. Conrad said his focus will shift to trying to help get #1 rated RB Damien Harris (from Madison Southern) to commit to the Cats as well.