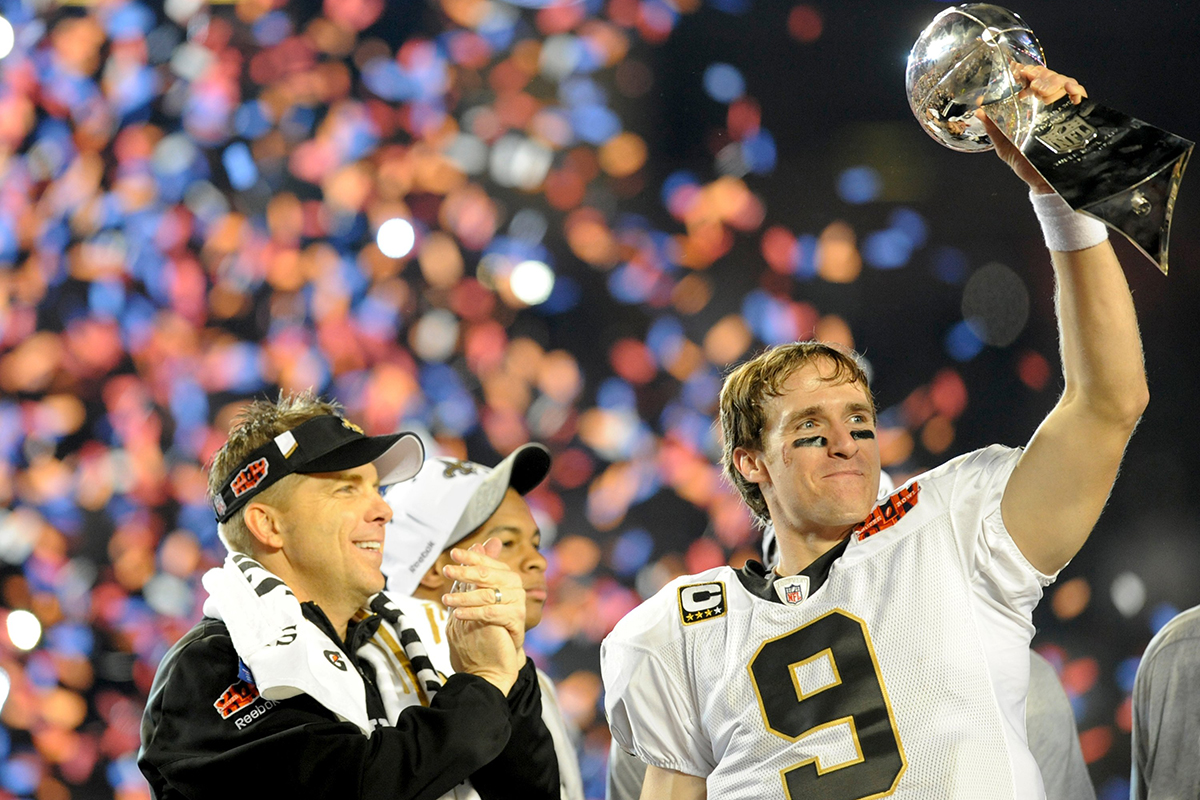 The NFL’s all-time leading passer was almost a Kentucky Wildcat.

Frankly, I’m disappointed I did not know that until this week. The eureka moment happened when Drew Brees joined our friends at Pardon My Take. An unheralded recruit who suffered an ACL injury as a junior, he caught the Cats’ attention after he led Westlake High School to an undefeated 5A Texas State Championship in the fall of 1996.

Despite his success as a senior, Brees only had two options: Kentucky or Purdue. Hal Mumme and Joe Tiller each implemented high-flying spread offenses ahead of their first seasons on campus in 1997. Today he’ll say Purdue’s academic program put the Boilermakers over the top, but after he made his decision 22 years ago, he admitted that Tim Couch had something to do with it.

“There wasn’t really anything I didn’t like. They both run similar offenses. I liked both coaching staffs. But at Purdue, I think I’m going to have a chance to get some early playing time and maybe start my second year,” he told the Courier and Journal at the time.

“I got to see some film of (Couch), and he obviously was a much better quarterback than I am. They were telling me that he was going to play two more years and then go pro early. I tried to look at the good side of having him and learning things. He didn’t really scare me off, but it was a factor.”

Instead of taking the mantle from Tim Couch after two years at Kentucky, he started for Tiller as a sophomore. Two years later he led the Boilermakers to a Rose Bowl victory and finished third in the Heisman voting in 2000. That same year Kentucky finished 2-9 and Hal Mumme was fired following a recruiting scandal.

Oh, what could have been.

3 Comments for Did You Know: Drew Brees was almost a Kentucky Wildcat