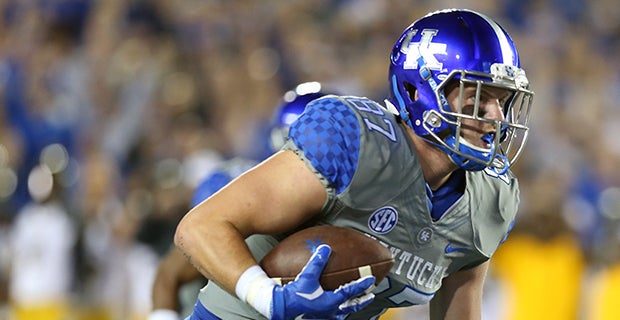 One of the best parts of Saturday’s win was seeing freshman CJ Conrad pull in his first touchdown as a Wildcat. Conrad had a breakout game against Missouri, with three catches for 55 yards, including a 24-yard touchdown grab with 1:58 left in the third quarter to give UK a 14-10 lead.

That performance earned CJ one of two honorable mentions for the John Mackey Tight End of the Week award. The John Mackey Award is given annually to the nation’s top tight end.

Congrats, CJ. The first of many awards to come, I’m sure.