Mark Stoops has not revealed much about the Cats’ plans for the Cardinals in Saturday’s Governor’s Cup matchup, although he did spill some of the beans on tonight’s call-in show.

“I expect for us to ride Boom this week a lot,” Stoops said.

As the rushing game has developed with Boom Williams and Benny Snell, Eddie Gran started by extending the defense to the sidelines with Boom.  Once the defense was fatigued, Gran used Snell’s power to possess the ball and deteriorate the defense.

Stoops said they usually decide who will be featured during practice, based on the type of plays they want to run against their opponent.  This week Stoops is feeling the Boom and it makes sense: in two games against the Cards, Boom has rushed for 6.52 yards a carry, 163 yards and 3 touchdowns.

—  During a busy day of Monday meetings, Mark Stoops stopped in the break room to reenergize.  There he found his offensive line doing the same, getting Gatorade and coffee.  “They said they needed some juice.  They needed to get jacked up because they wanted to get JoJo a thousand yards.”

I applaud their efforts, but @MrPrice121 makes a valid point on Twitter: “I’m optimistic, but I don’t see JoJo getting 711 yards rushing against Louisville.”

—  This season hasn’t been easy on Drew Barker, but Stoops said the Kentucky kid has handled it well.  “Nobody wants to be in that situation.  I’m sure he’s going through some really tough times, but he’s handled it well.  He’s always there and helping as much as he can.”

—  How does Stoops decide on what to do with the coin toss?  Kick or receive, he never knows until he hits the field.  “Thats usually a gut decision for that.  (I) Usually decide in the pregame.” 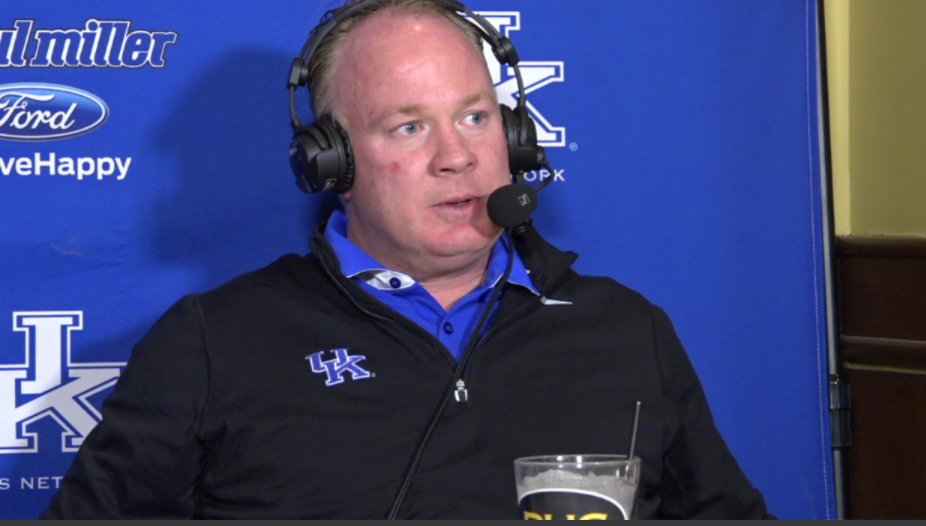 3 Comments for Cats Will Lean on Boom vs. UofL