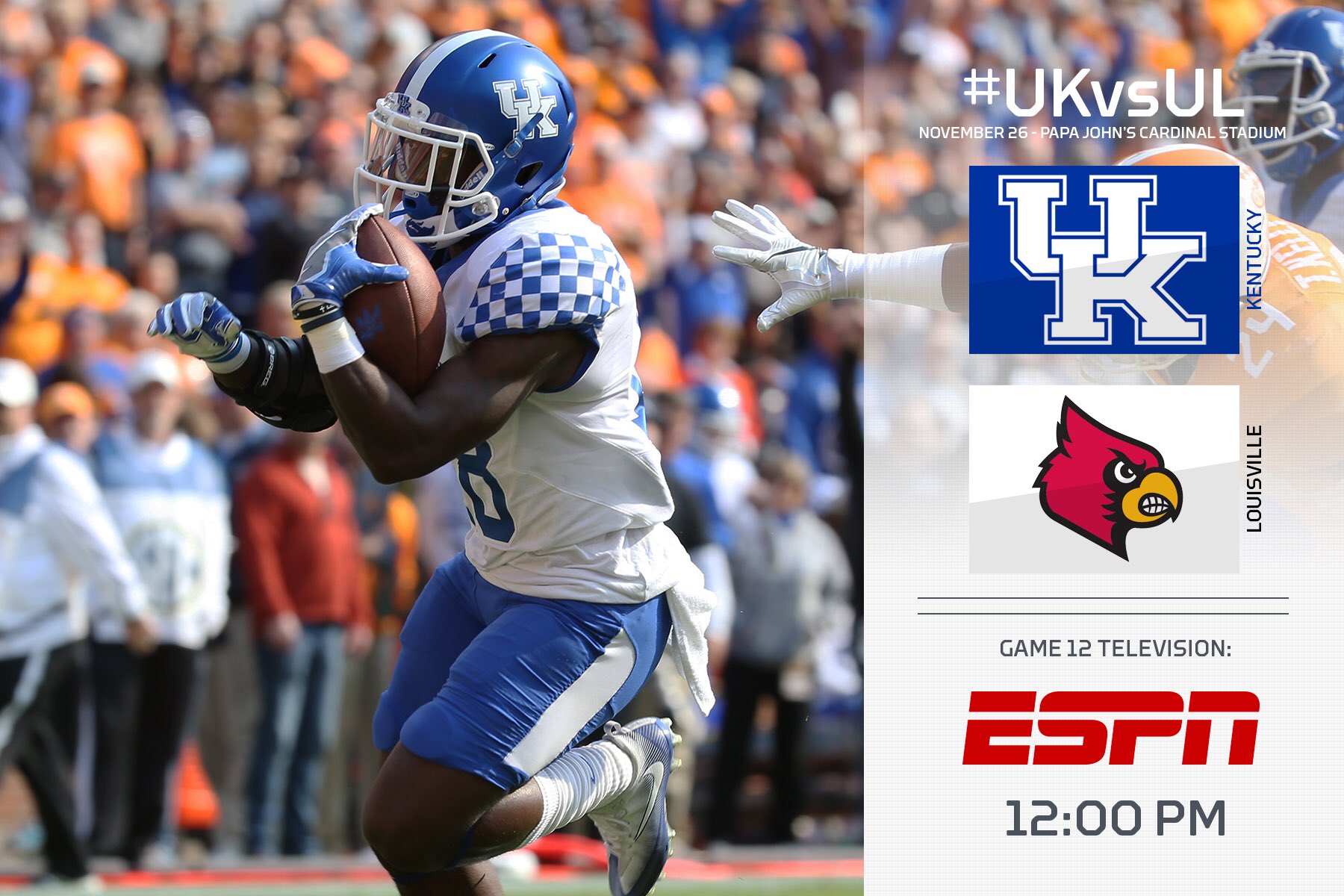 Get your leftover turkey ready, the Cats are set to kickoff against Louisville at 12:00 PM next Saturday. The start time was determined late last night, while many of us were either celebrating bowl eligibility or fast asleep.

The Cardinals are coming off of a huge upset from Houston, which all but ended Louisville’s playoff hopes. With the Cats now heading to a bowl game, both teams are on opposite ends of the momentum spectrum.

With the pressure to get six wins now out of the way, UK has one goal left: Beat Louisville! The Cardinals just took a huge punch to the gut, courtesy of the Houston Cougars. Any chance for them to make the College Football Playoff flew out of the window. With their goal to win the national title now out-of-reach, could this mean that Louisville comes out playing flat? I wouldn’t bet on it.

This is still a rivalry game, and we all know how much we hate each other. At least for the Big Blue Nation, the possibility of an upset increased following Thursday night.

To start your morning off right, here’s some of the highlights from last night’s win. Thanks again, Seniors! You earned your bowl game, now take down Louisville.