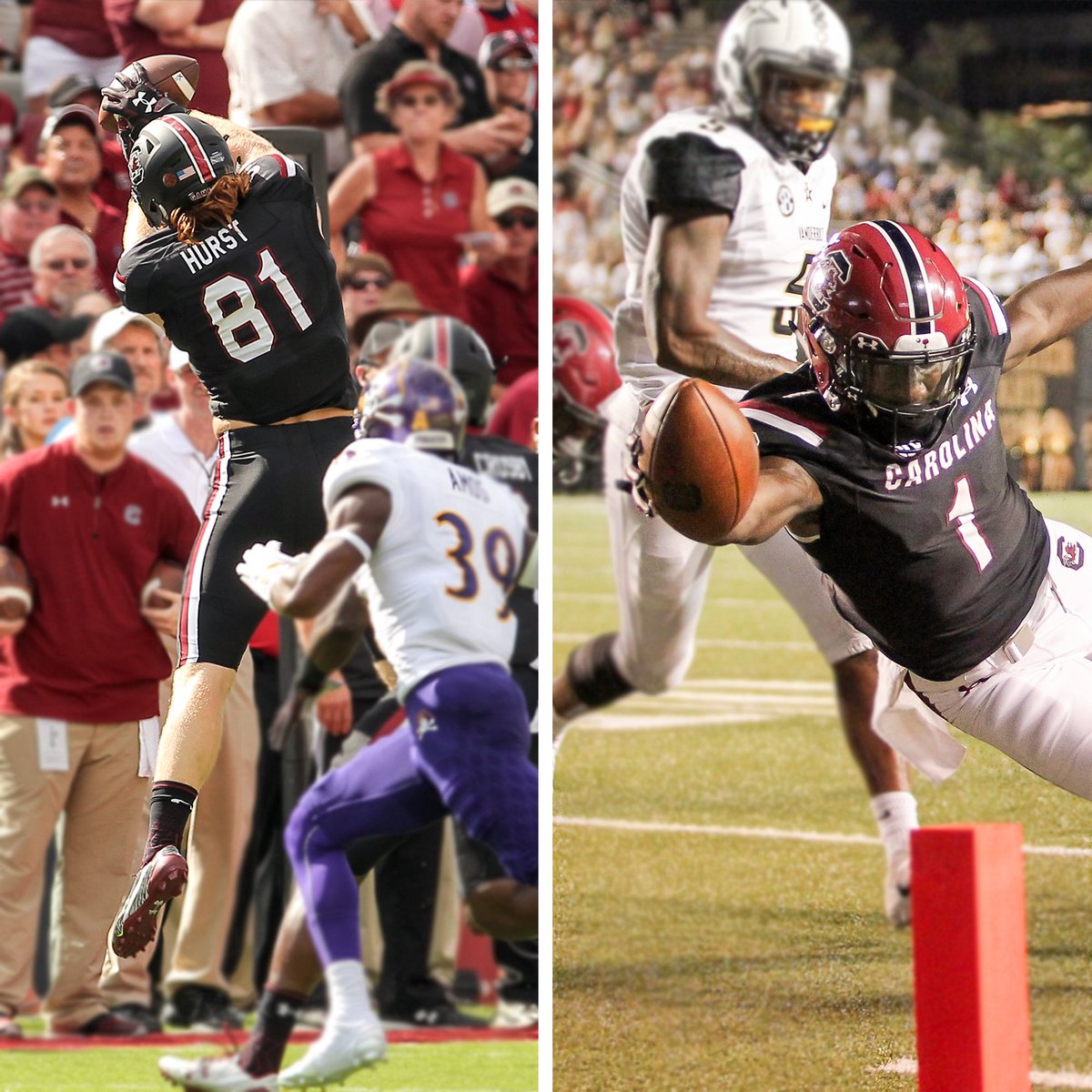 South Carolina’s playmakers present a difficult challenge for the Kentucky defense this Saturday.  The offense boasts a few playmakers who get the ball in a variety of ways.

At this point, everyone has heard Deebo Samuel’s name.  The receiver has gained notoriety for his ability to house kickoffs.  He’s more dangerous in the offense.  He could start anywhere, in any formation prior to running every type of play imaginable.

“He’s really good with the ball in his hands,” UK defensive coordinator Matt House said today.  “They get him the ball in a lot of different ways. Whether it be through jets (sweeps), tunnel screens, taking shots.  He’s definitely a guy we’ve gotta be aware of where he’s at.  He’s a big-time player.”

And Deebo is not their only playmaker.  Tight end Hayden Hurst is one of the best in the SEC.  Last week he caught a 39-yard touchdown pass and rushed for a two-yard touchdown.

“He’s a special tight end, but they do a lot of things with him.  He’s not always in a tight end position.  He’s flexed out as a receiver.  He’s in the core as a fullback.  He’s on the line of scrimmage as a tight end.  They do a good job of moving him around.”

Shutting down the dynamic duo will not be easy.  House explained that it’s possible to take one out of the game, but to double-team (or as he says, “roll”) two players takes up too many resources.

“It’s hard to pick one guy to roll.  If you just have one guy, you can roll and take out a guy, but that’s hard to do when you got several guys like that.”

The scheme can’t get too crazy to take Hurst and Samuel out of the game.  The Cats must simply do their job.  Derrick Baity is confident they can get it done.

“They’re about to get our best shot.”