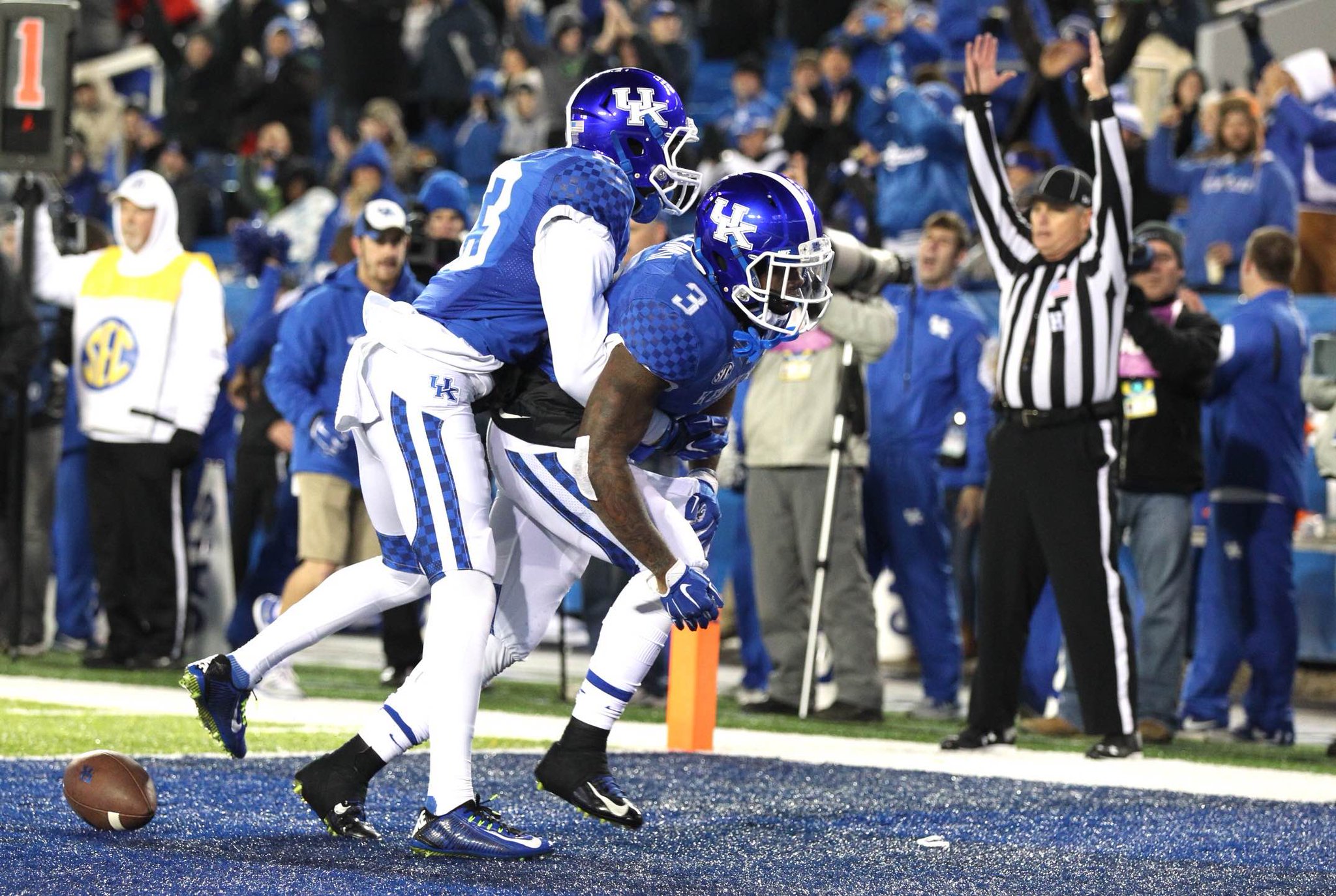 With tonight’s blowout performance against the 49ers, Boom Williams moved that much closer to being the first 1,000 yard rusher for UK since Rafael Little in 2007. He had 140 yards on the ground tonight, a career-high for the sophomore, and now Williams needs 172 yards in the final game against UL to make it to 1,000. Yes, it sounds unreasonable, but it’s actually not that out of the question for him. Boom ran for 126 and two scores last year against the Cards, with not too much issue at all if you remember. UL has the tenth-ranked rush defense in the nation as of today, but they were also ranked the exact same last year (10th) and Boom torched them.

Despite all of Boom’s accolades, he wasn’t even the best rusher on his own team tonight. Jojo Kemp ran for 165 yards and three more scores on 11 attempts. He ran for the most yards by a UK back since the 2010 season, and ran with that fire we’re used to seeing him run with. Tonight was also the first time since 2010 that UK had two 100-yard rushers in the same game (Derrick Locke and Randall). Sihiem King added 91 yards and another touchdown late in the fourth, the cherry on top for the Cats tonight. UK took off behind the running department in the second half, and blew the 49ers out 58-10 in Commonwealth.