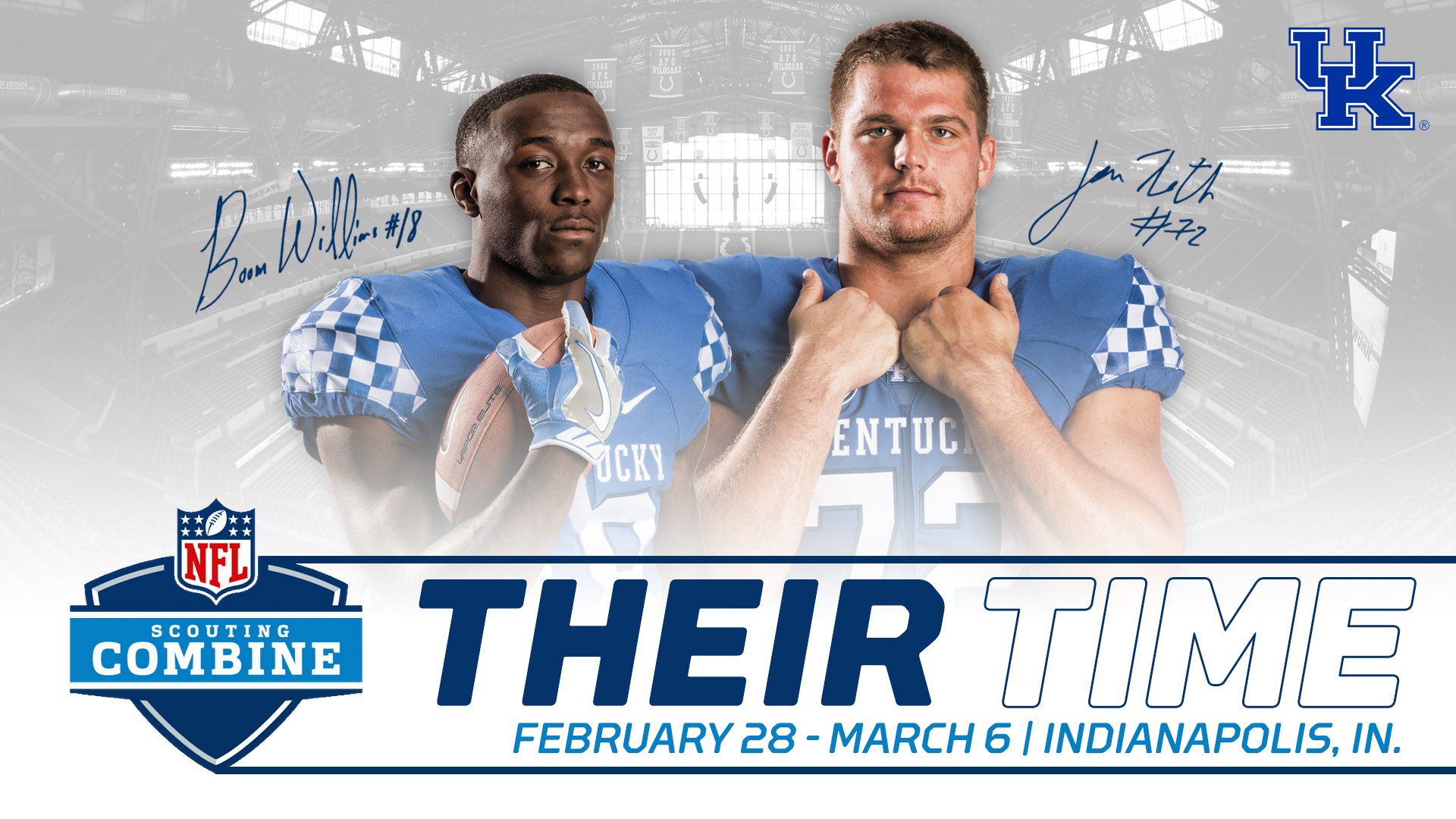 A few weeks ago, Boom Williams shared on Twitter that he received an invitation to the NFL Combine, and, in a bit of excellent news, it looks like fellow Wildcat Jon Toth will join him. This morning, the NFL released the invite list for the Combine, and Boom and Toth are Kentucky’s participants. Not surprisingly, the SEC has the most participants of any conference with 66; with two players invited, Kentucky is tied for seventh most in the league alongside Mississippi State and Vanderbilt. Missouri and Georgia are sending one player each, while no players from South Carolina got an invitation.

Last week, CBS Sports released an updated ranking of the top prospects, and Toth is considered the fifth best center available, projected to go in the fifth to sixth rounds. Boom is ranked the 35th best running back and according to these projections, won’t be drafted. With a lot of great running backs in this year’s draft, for Boom, the Combine is crucial.