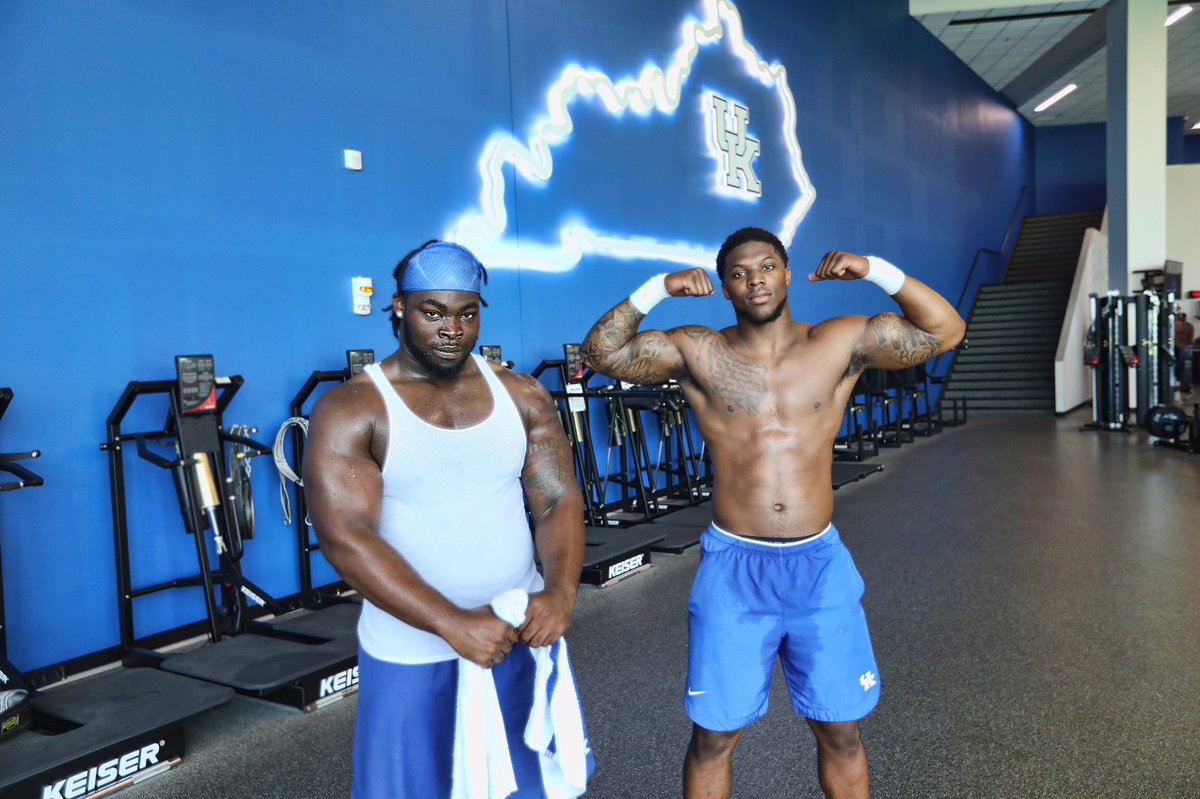 In their first week back on campus, the Kentucky football team has spent much of their time in the weight room.  After watching for only 35 seconds, I am exhausted.  I can’t imagine doing this for a couple hours four days a week.

If you’re still freaking out about Lynn Bowden’s Tweet, you’ll see him running in the video below.

Wednesday is the team’s “off” day.  That’s a relative term.  Even though the team isn’t lifting and conditioning, they’re still together.  This weekend Freddie Maggard invited Jim Cavale to speak to the team about branding and how to best develop one using social media.  After the presentation, they enjoyed crawfish and a little wife ball.

Hear from RB @benny_snell and TE @cjconrad1 how meeting with @jimcavale from @INFLCR changed the way they look at social media and with building their own brand. #4for40 #HuddleUp pic.twitter.com/s37efIIio9

There haven’t been too many other developments on the football field, but there is in the recruiting world.

A three-star recruit in the 2020 class, Parks has been recruited by John Schlarman for quite some time.  He received his offer from UK at this spring’s Junior Day.  A legacy recruit, his father David was an offensive lineman on the Kentucky team that went to the 1993 Peach Bowl.  Parks is a priority for the Cats, but keeping the college football powerhouses away will not be easy.

Gibson is teammates with UK commit Moses Douglass.  It looked like the Cats were in the driver’s seat for the explosive interior defensive lineman, but Purdue and Wisconsin have become a problem.  Gibson is expected to officially visit Kentucky in two weeks, the perfect time to seal the deal.

Injuries have made Dupree’s career as a Pittsburgh Steeler inconsistent, however, he showed enough in 2017 to earn a fifth-year option on his rookie contract.  Still, Dupree told ESPN he’s not satisfied with last season’s performance.

“I just left double-digit sacks on the field,” said Dupree, a third-year pass-rusher who finished with a career-high six in 2017. “I still can get double-digit sacks even though I’m in coverage a lot. I just have to capitalize on my opportunities. I’ve just got to close the deal.”

If he can reach double-digits in the sack column, he’l be the first Steeler to do so since 2010.  It would happen at the perfect time, as Dupree enters free agency for the first time following the 2018 season.

Finally found a clear telecast of Randy Moss' freshman year (1996) at Marshall. This was one of many unbelievable plays in just this game. He was ridiculous. pic.twitter.com/m8e7HCSb1y