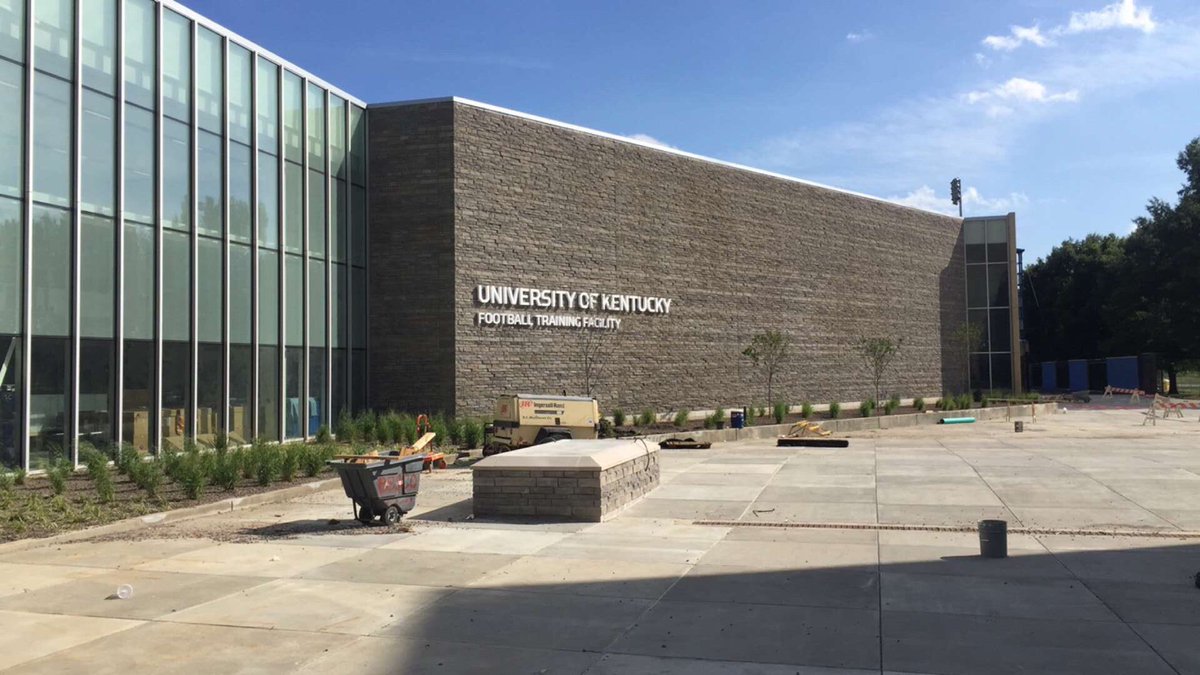 Tennessee Titans star linebacker Avery Williamson worked out with the Kentucky football team today and he approves of the team’s new $45-million training facility. Williamson tweeted a photo of the facility’s exterior, seen above.

Today also marked the first day the coaches used their new building. If things went as planned, the entire staff moved into their new offices this morning, right at the 50-day mark on the countdown clock to kickoff.

We had a special visitor participating in workouts with us this afternoon. ðŸ‹

Halfway through the ðŸ’¯ day countdown…

It feels good to be in football mode. Let’s kick this thing off.