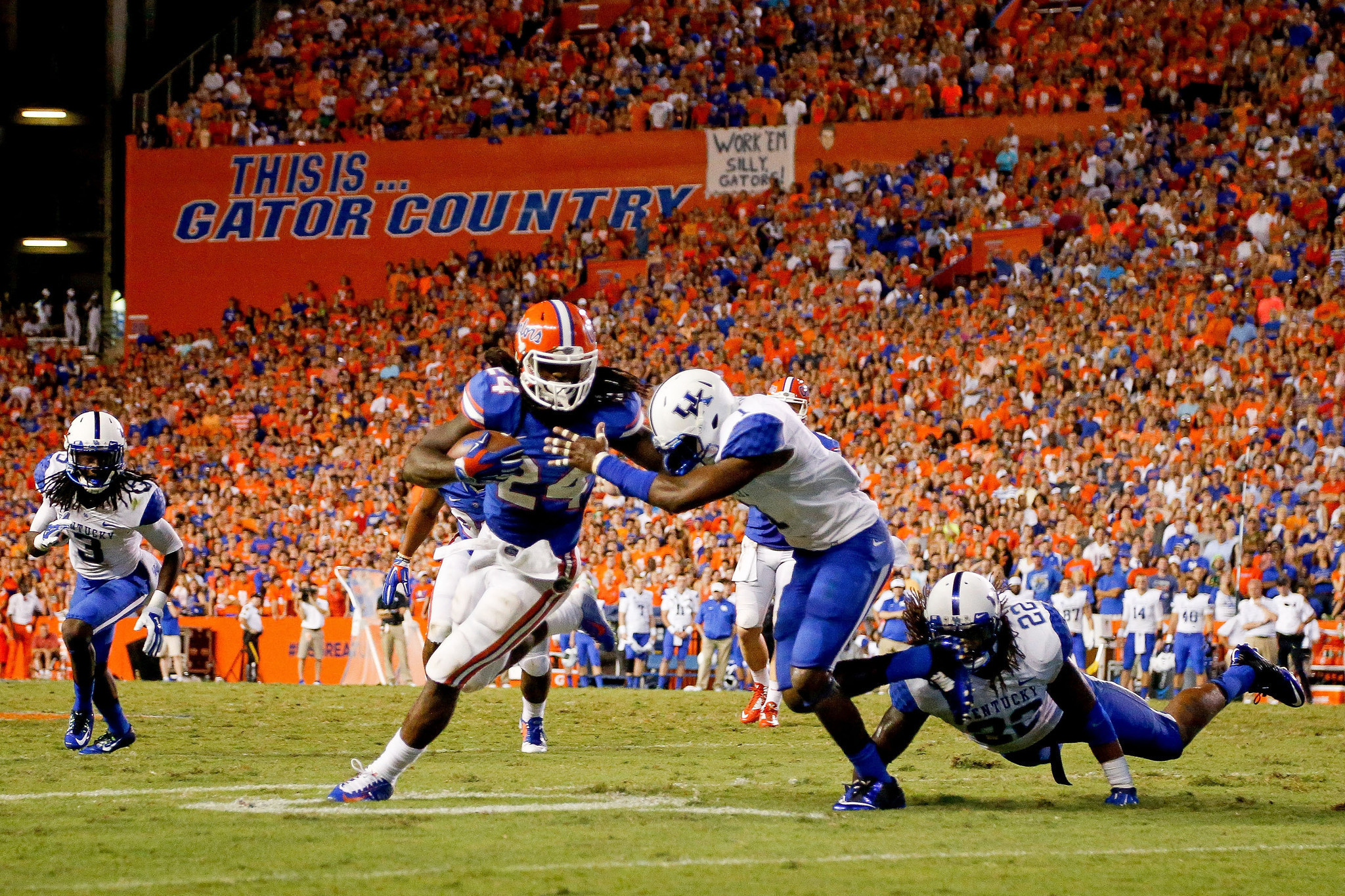 As the BBN’s attention is solely focused on Southern Miss and QB Nick Mullens, your KSR Football Staff has proactively shifted a portion of its attention to UK’s next opponent, the Florida Gators.

The nation’s top offensive lineman coming out of Apopka High School, Ivey started 8 games in 2015. His true freshman season was a success in spite of playing with a bothersome knee injury that required preseason surgery. UF’s offensive line coach is Mike Summers. Summers was on Joker Phillips’ staff and is universally respected as an OL coach that specializes in concentrated technique and fundamental development.

Martez Ivey is most likely a three-year player meaning that he possesses the sufficient talent and focus to forego his senior season in order to enter the NFL Draft.

Marcus Maye totaled 82 tackles (UF’s 4th leading tackler), forced 5 fumbles, and intercepted 2 passes in 2015. The hard hitting safety is forceful against the run. He and Keanu Neal combined to make the most formidable safety duo that Kentucky faced a year ago. Neal has since departed for the NFL. Maye is an elite football player that has to be accounted for at all times. Extremely disruptive, physical, and active safety. Phil Steele Magazine rated Maye as the top 2017 NFL Draft safety prospect.

Jarrad Davis racked up 98 tackles, 11 tackles for loss, and 3.5 QB sacks in 2015. He’s rated as the top NFL linebacker prospect for the 2017 draft. Davis is a physical playmaker with high production numbers. He has sideline-to-sideline tackling range. Davis’ height and relentless athletic ability also make him an effective blitzer. also provides veteran leadership to a highly talented Gator defense.

*Please note that CB Jalen Tabor is an All American and would have been listed as one of the three best players. However, he is suspended for Florida’s opening game against UMass.

Two of the three players listed above rank at the top of their respective positions in relation to the 2017 NFL Draft. Kentucky returns to the scene of the clock violation crime that prevented it from breaking an embarrassing three decade losing streak to the Gators.

3 Comments for An Early Look at the Florida Gators