The SEC’s favorite doormat is predicted to finish the 2018 season last in the East.  Just two years removed from a bowl berth, Derek Mason shares a similar situation with Barry Odom as a defensive-minded head coach who must rely on his offense to win games this fall.

“We got off to a fast start. We struggled in the middle as we got into conference play. Disappointed with how we played in the middle of that stretch of games, but I believe this, I believe you learn a lot about your team. And I thought we finished the right way.

“And so, in that, this team is now experienced. It was galvanized by that experience a year ago. The fast start, the struggle in the middle and then the finish, I think that really propelled this group because they haven’t forgotten any of that. As a matter of fact, I know we went into the season with unmet, unkept expectations.”

The Best Thing Derek Mason Said (Out of Context) — “Now it is time to go, so let’s ride.”

Coach Speak 101 — Derek Mason is a big fan of “the grind,” a phrase used multiple times in a variety of ways.  He also tried to convince the media that Vanderbilt’s roster has never been better.

“I look at our depth and say it’s as good as it’s ever been.” Mason doesn’t fool me.

“I’m excited about me getting back to the responsibilities of being head coach, CEO of a program,” Mason said.  “If you want to know what that looks like, step right outside and you look at the billboard of Kyle Shurmur and that tells you exactly where we’re at. I’m CEO. I am looking at everything that’s Vanderbilt football and putting the right guy out front to showcase our program.” 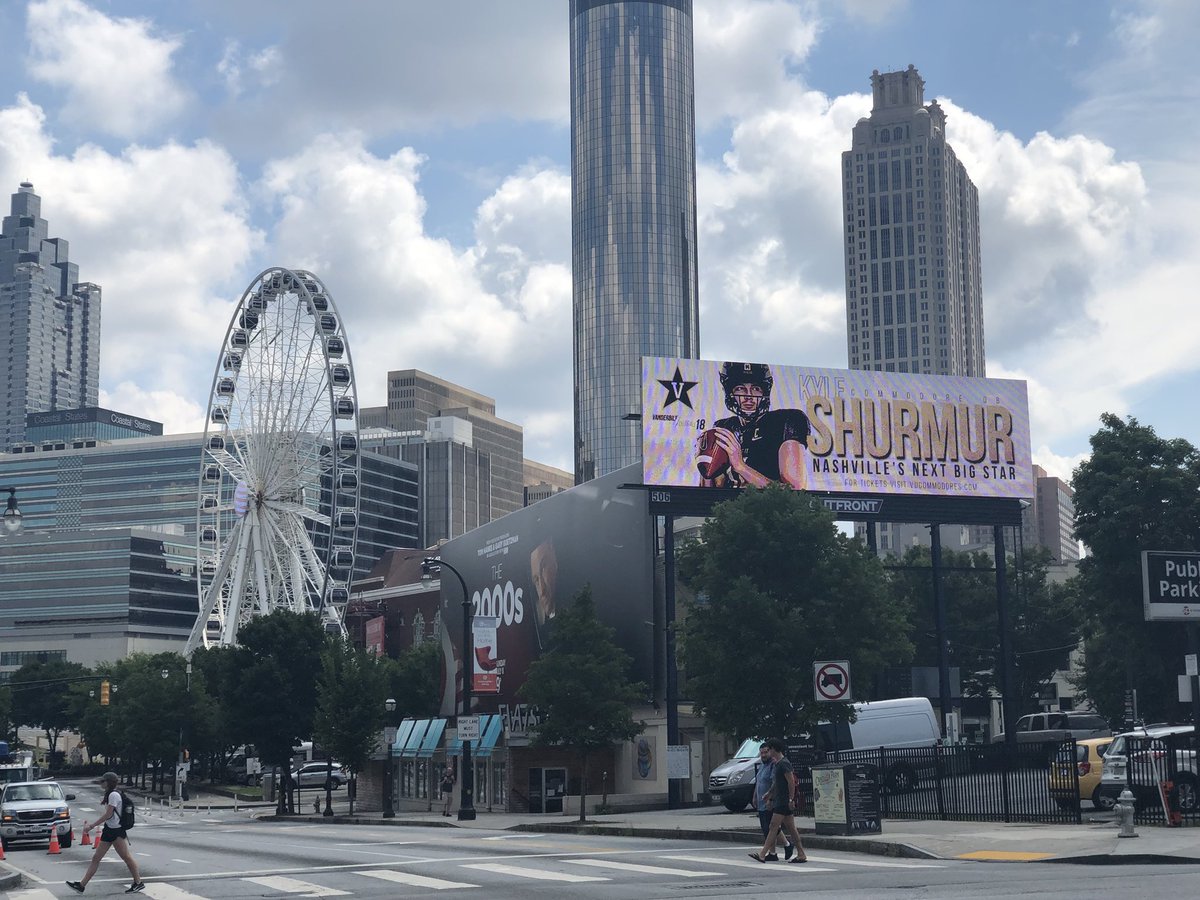 Even though Shurmur’s name doesn’t scream “star,” his numbers do.  The SEC’s second-leading passer with 235 yards per game in 2017, Shurmur only threw three interceptions in the first nine games of the season.  With five returning starters on the offensive line to protect him, Vanderbilt’s success goes through Shurmur.

Vanderbilt’s Scariest Player — The Commodore defense has not been the same since Zach Cunningham took his talents to the NFL.  Holding down the fort this year is LaDarius Wiley.  The Mike Edwards of Vanderbilt’s defense, this defensive back is moved all over the field.  As a junior Wiley had 90 tackles, six passes defended, a forced fumble and an interception.

Same Face, New Place —  Remember Alex Stump?  He was a four-star Ohio receiver that committed to Kentucky in May of 2014.  When Ohio State offered that fall, he quickly flipped to the Buckeyes.  After two years in Columbus, Stump is searching for more playing time as a redshirt sophomore for Vanderbilt.

Good News for UK — Vanderbilt started the season with three wins, including a victory over a Top 25 Kansas State team.  Then they got a little too big for their britches. “Alabama, you’re next,” was the nail in Vanderbilt’s coffin and they are still trying to find a way to recover.

Bad News for UK — Kentucky’s pass defense has all of the tools to be great, but they ranked 13th in the SEC in pass defense last year by allowing 251.6 yards per game.  If inconsistency continues to be an issue, Shurmur is good enough to pick apart the Kentucky defense.

Shurmur was good enough to pick apart the Kentucky defense last year.  Instead, the Cats picked him off four times.  This home game is a must-win that should not be a problem for Kentucky.