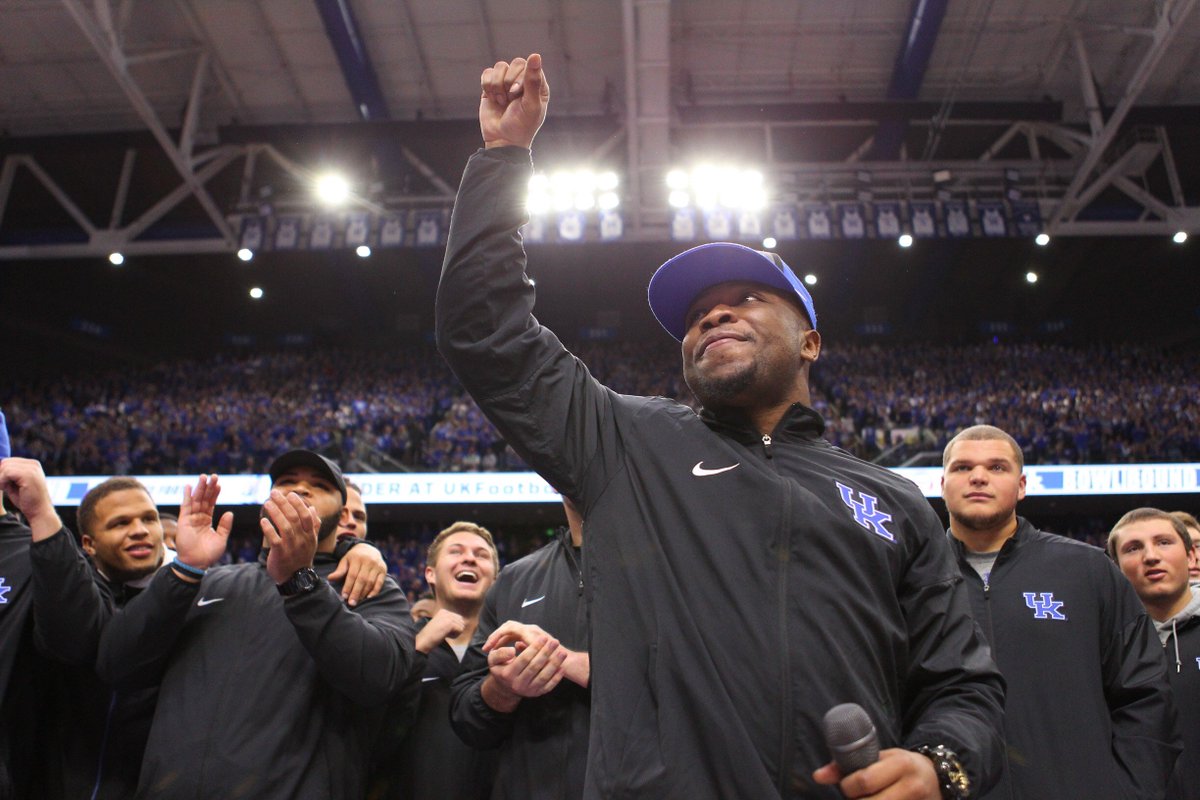 It wasn’t all bad news out of Rupp Arena.

At halftime the Kentucky football team was honored at midcourt.  The team received a standing ovation after presenting the Governor’s Cup Trophy to the Big Blue Nation.

We brought something with us to Rupp Arena today! ðŸ† #WeAreUK pic.twitter.com/RomkCFUOG2

Marcus McClinton lost his mind before the team took the court.

The @UKFootball team getting recognized at half. Marcus McClinton doing his thing to get the crowd amped. #BBN pic.twitter.com/3UlgTY2hTb

With over a dozen recruits watching in the stands, I’m sure it made a good impression, maybe one good enough to create some good news for later tonight.