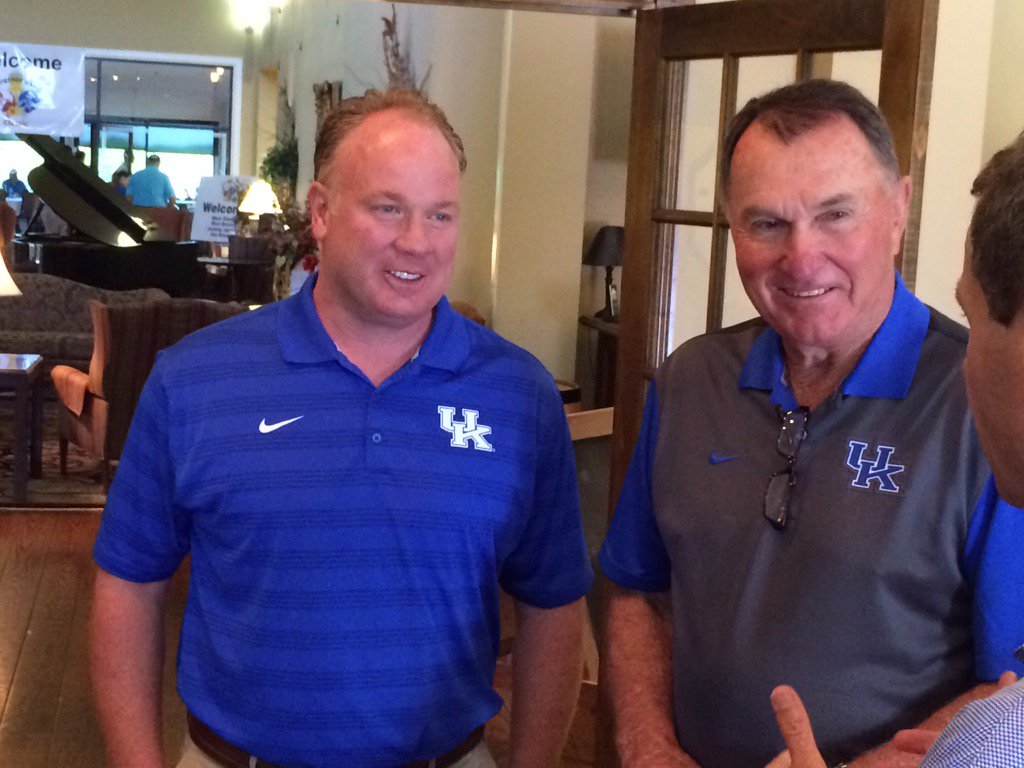 This is not the creepy picture (Photo @RobBromleyWKYT)

Both Drew and Freddie were at the Governor’s Cup festivities today, so I’ll leave the bulk of the reporting to them, but I have to pass along at least some of what happened today in Frankfort. Let’s start with the really awkward moment that kicked it all off, because it was a little bit brutal to watch on the live stream.

Alan Cutler had to shush the crowd during Stoops’ opening remarks

Mark Stoops spoke after Bobby Petrino, and when he got to the podium, the crowd was, shall we say, “chatty.” Stoops did his best to talk over them, but the group in the back refused to quiet down until Alan Cutler stood up and hollered at them as only Alan Cutler can.

“Hey, Coach, excuse me. Can you people in the back be quiet?” Cutler yelled. “Would you guys show some respect and be quiet? Please! Seriously.”

They did, thankfully, but you could tell Stoops was very upset.

The entire team is back on campus

As you saw in some pictures we posted yesterday, the team is back on campus and already started their summer workout program. Stoops said all 2016 signees arrived on campus today — minus JuCo Jordan Bonner, who is finishing classes and will arrive in June — and they will have a team meeting this afternoon at 3:45 p.m. He added that, so far, their work ethic is promising.

“I’m confident our league will go back and reevaluate this situation,” Stoops said of satellite camps. “I’m not so sure it’s going to be for Kentucky.”

He’s also tired of only getting five wins a season

Stoops said he doesn’t like to use the fact that the team has fallen short of bowl eligibility two years in a row as motivation, but admitted he’s sick and tired of being so close so many times.

“We’re very close. And I’m tired of being close. I really don’t want to talk about being close any more. We’re putting ourselves in a position to go to bowl games and win more of them now. Our margin for error has been small as we recruit, as we develop, as we get physically tougher, mentally tougher, and we work and put the pieces together, we’ll win those games and push us over the top to go to bowl games and beyond, and that’s what we’re looking to do.”

When asked about his friendship with Rich Brooks, one of this year’s honorees at the Governor’s Cup, Stoops said he’s bonded with the former UK coach over bourbon many a time.

“There’s a lot of great advice I’ve gotten from Coach Brooks. We’ve been known to have a few bourbons together,” Stoops laughed. “And it gets real deep at that point.”

How does someone get an invitation to that party?

This picture of Matt Bevin will creep you out

Just when you thought Bevin couldn’t possibly get any creepier, he does.