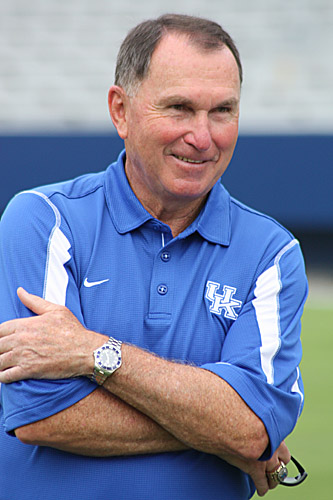 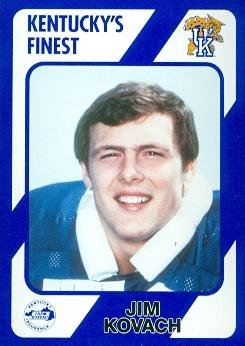 For the 23rd consecutive year, the Kroger Company will celebrate the annual football game between the University of Kentucky and the University of Louisville by sponsoring the 2016 Governor’s Cup. In addition, Kroger’s President Calvin Kaufman will donate ten thousand dollars to both university’s general scholarship fund. Proceeds from the two-day charity event will go to Dare to Care and God’s Pantry Food Banks.

Each year the Governor’s Cup recognizes former Wildcat and Cardinal greats. This year’s Kentucky honorees are Coach Rich Brooks as well as former players Jeremy Jarmon and Dr. Jim Kovach. A reception will be held in their honor at at the Governor’s Mansion in Frankfort on June 6 starting at 6:00 p.m. The night’s happenings will feature co-emcees Tom Leach and Paul Rogers. The next day consists of golf at the Frankfort Country Club followed by a 12:30 p.m. luncheon and press conference.

If you’ll remember, last year’s Governor’s Cup activities marked my maiden voyage into live-event reporting. I quickly got lost in transcription and resorted to a hillbilly narrative of the day’s cuisine. I’m fairly certain I’ll be equally inept in July.